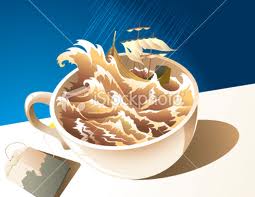 Joe Fone is a member of the New Zealand Climate Science Coalition.


James Hansen’s Storm in a Teacup

Climate change will be “the predominant moral issue of the 21st century”, declared NASA scientist Dr. James Hansen, “comparable to Nazism faced by Churchill in the 20th century and slavery faced by Lincoln in the 19th century.”

Did James forget Communism in the middle of the twentieth century? Surely, Mr Hansen, that was a very big threat ?

And you missed it?

Oh - no, Communism - they take from the rich and give to the poor - church of latter days Robbing Hoods - morphed into the church of the latter day Greens.


But how could climate change, a phenomenon that has shaped the planet for four billion years without our help, suddenly become a “moral issue”, comparable to manmade catastrophes like Nazism? four billion years


Why isn’t Hansen’s climate “catastrophe” front page news; the main item every night with a lead-in like “Latest developments on the on-going global warming crisis...” or “BREAKING NEWS: Global warming crisis deepens as average global temperatures rise another 0.01ºC and atmospheric CO2 increases another 0.001%!”? I mean, it IS a “crisis” right? That’s what Al Gore calls it. So it must be extremely urgent. Otherwise Al Gore, Tim Flannery and James Hansen, among others so inclined, could be accused of exaggerating a storm in a teacup. And they wouldn’t do that because they have the backing of the IPCC, an entity of the UN no less. And the IPCC has no political agendas while the climate scientists who supply them with their sanitised temperature data are uncorrupted by money, politics, influence and kudos of any sort that might otherwise bias their endeavours. A perfect set up for perfect science. And the Moon is made of green cheese.

IPCC can't see the wood for the trees. 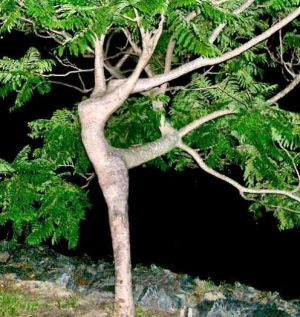 Lubos is commenting on a report from the MailOnline (here)


The research, carried out by teams from the University of Helsinki and New York's Rockefeller University, shows that forests are thickening in 45 of 68 countries, which together account for 72 per cent of global forests. Traditionally, environmentalists have focused their concern solely on the dwindling extent of forested areas, but the authors believe evidence of denser forests could be crucial in reducing the world’s carbon footprint

Lubos says that "There are quite many lessons to learn here."
If we managed to increase CO2 from 391 ppm today to something like 1500 ppm (which is unfortunately unlikely), it may be estimated that the biomass growth per unit area would approximately double for all plants - relatively to today.  Read more here....