Say Yes to an Election


And that power station pictured. That is a decommissioned South London Power station at Battersea.

There is NO-o-o Kyoto for US, Russia, Japan and Canada. 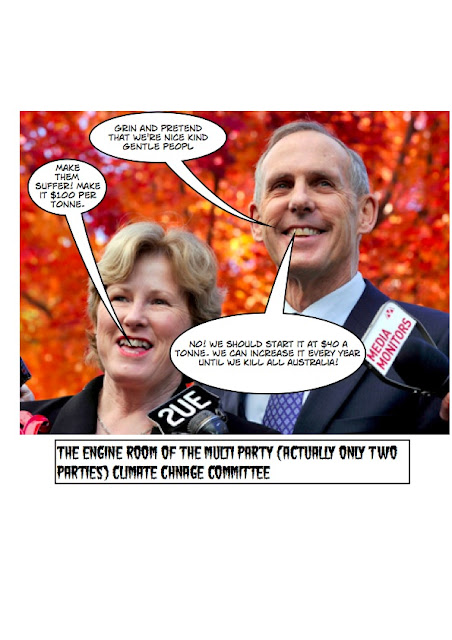 Even as Australia's (Two Party) Multi-Party Climate Change Committee are beating each other over the head trying to decide whether we will have a crippling $10/tonne tax on carbon dioxide, or a $100/tonne tax that will put Australia out of business, Big Pond News (link in title) report that:


Russia, Japan and Canada have confirmed at the G8 they will not join a second round of carbon cuts under the Kyoto Protocol at UN talks later this year and the US has reiterated it will remain outside the treaty, European diplomats say.


The Business Council of Australia is calling for a low initial carbon price of $10 a tonne, increasing slowly to minimise the need for household and business compensation. The Greens say its laughable.