Tim: They're Trampling on the Truth 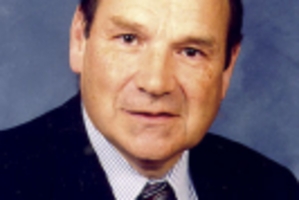 Dr. Tim Ball is widely recognized as one of Canada’s first qualified climate scientists and has long been one of the most prominent skeptics taking a stand on corruption and unethical practices. Two exponents of the global warming scare Ball has targeted, professors Michael Mann and Andrew Weaver, are now suing him for libel.
Many suspect the David Suzuki Foundation is funding Vancouver libel specialist, Roger D. McConchie who is representing both Weaver and Mann against Ball. Suzuki is reported as wanting skeptics like Ball “put in prison.
(Above from WUWT)   Dr Tim Ball's page is HERE.
Tim Ball talked this week with 2GB's Alan Jones (LISTEN) as part of Alan's series on the Galileo Movement.


"....Maurice Strong setting up the IPCC.  He very deliberately did it.  He set up the United Nations Environment Program and then he worked through that with the World Meteorological Organisation and the IPCC was set up by them.  That meant that every government weather agency around the world was involved in the IPCC.  They appoint the scientists that they want to be on it and they also of course provide the funding and that has meant that the funding has only got to one side of the debate and Strong knew this.  But this is why he organized it that way through the WMO."

Ball then said there was an important point.  He served on commissions of enquiry and he thought they would be independent and politically free.  He continued:


The first commission of enquiry I served on set the terms of reference which limited what we could look at and in other words pre-determine the results.  When Maurice Strong set up the IPCC the first thing they did was set the definition of climate change that we will look at are only they changes caused by human activity.  They don’t look at natural variability and you can’t possibly determine what effect natural effects are having if you don’t know how much it varies naturally and then they wrote their computer models only looking at human causes so they pre-determined the results and of course as I say very few people are aware of how narrow their definition of climate change is.

As to the science of AGW, Tim said

"The IPCC  created a false positive feedback which doesn’t exist in reality."

When asked about the 90,000 CO2 measurements recorded over the last 182 years and were some omitted, Ball replied:


Yes, not omitted but they manipulated them.  Starting in 1812 because we were starting to learn about the composition of the atmosphere scientists starting measuring CO2 in the atmosphere – they produced about 90,000 atmospheric measurements and these were known about but starting with a British chemist by the name of Calender he just selected a few in the lower register that is below 250 parts per million and then claimed that that was representative of the pre-industrial CO2 level.  A German by the name of Dach re-examined all of that data and showed that the actual pre-industrial level was 360 ppm which is not a lot different from today.  But you see what they have to show is that it was the industry that was causing the increase in co2 that manipulated the data.

When asked by Alan Jones Is it true that during the Great Depression CO2 levels continued to rise, Ball replied:


That’s correct.  But in fact in the 20th century the global temperature rose the most from 1900 to 1940 and CO2 levels from humans were minimal.  And then from after the war 1940 to 1975/1980 human production of CO2 increased dramatically but global temperatures went down during that period .  So at no point does the temperature record match with not only human CO2 but natural CO2.

Alan asked is it true that the oceans contain 50% more CO2 than the atmosphere.

Absolutely.  The oceans are the main controller of CO2 and when we mentioned sources of CO2 because the oceans are by far the largest and again there we don’t know within 10 gigatonnes annually how much goes in and out and again that exceeds the amount they claim humans produce.  But the oceans- the amount they absorb depends on the temperature, and the colder the water the more they absorb; the warmer the water the more they release.

Consensus is not a scientific fact.  As Einstein said - I could be a 100 facts right but I have only got to have one wrong and I am out of business.  There is an awful lot of scientists and a growing number disagree and the more scientists look at, the more they see what nonsense it is .... I also know because of law suits like I have that an awful lot of scientists are afraid to say anything or speak out....   So there is all kinds of intimidation and limitations on why scientists won’t speak out.  Plus of course their funding is in danger.

Alan asked aren’t scientists meant to be skeptical and and put the onus of proof on those making the claims?

Well of course and that is what amused me when I was called a global warming sceptic.  Well, all scientists are sceptics.  Yes, the normal scientific method set up by Karl Popper is that you create a hypothesis based on certain assumptions and then other scientists test and challenge and try to disprove that hypothesis.  What’s happened in the case of global warming hypothesis is - and Richard Lindzen said this 20 years ago -  that the consensus was reached even before the research was done and then, of course, what they did was they marginalized anyone who dared to question so they were attacked like I was – oh you were paid by the oil companies and all these other things – so they very effectively thwarted the scientific method.  Now what that has done for them, Alan, means that if you say that the science is settled and it isn’t just Al Gore that said that there are some of the IPCC people who have said it – then you are on a treadmill.  Because if data comes up that shows you are wrong you are either going to cover it up or alter the data.  And that is what they have been doing.

Alan asked about the law suit against NIWA for doctoring the records to make warming appear much more than the reality:

Yes, what they did was they lowered the older temperatures and that of course increased the slope of the curve upwards to make it look like warming was going greater.  And there is a good example by the way that the government were ready to go to court - but at the last minute they backed off and said oh we will set up a commission of enquiry.  As soon as I heard that, I knew that the fix was in.  And who did they appoint but people from the Australian weather office who had been playing the same game.  One of the things that people don’t know is they not only they modify every weather record around the world but they have reduced the number of weather stations that they used to determine global temperatures and as Ross McKittrick said in a wonderful study that you can explain all of the supposed warming of the 1990s simply by showing how they reduced the number of stations they were using to achieve their record.

Absolutely.  And that urban heat island effect- by the way- we have known about that – Professor (Chandler) at the University of London, was doing studies in 1952 of the heat island of London and so we have known of the distortion but the question is how much do you allow for that in the estimates of the real temperature that you are measuring.  And we know that they are not using that properly.  The other thing is that in all of the early records they were using basically only land based stations and we know that those were warmer than the ocean ones and as you correctly say we have got virtually no record for the oceans of the world, we have virtually got no records of the deserts of the world which are 19% of the land surface, we have virtually no record for the nature forest regions of the world, and the mountains regions of the world.  And we have no record for the arctic ocean yet they keep telling you it is getting warmer up there.  We have got no weather stations on the arctic ocean.  So everywhere you look none of this bears any investigation, Alan.

Alan asked isn’t it true that the only place in the world where CO2 increases precede temperature increases is in the UN IPCC climate computer models?

That’s correct and of course that pre-determines the result.  But of course one of the things is that we know is that they now say they don’t make predictions.  After the first 2 reports they changed from making predictions to creating scenarios and they did that because their predictions were so wrong and even their scenarios which give a range of temperature increase from a low range to a high range even their lowest estimates of what the temperature would increase have been wrong.  The temperature has in fact been cooling since 2000 and of course that created that wonderful comment from those leaked emails from East Anglia.  It’s a travesty that we can’t account for this.  Well mother nature wasn’t playing along with their game.  They got caught with their pants down.

On being a sceptic and the Law suit against him:

".....the thing that has concerned me is that my family don’t suffer and in terms of my ability to earn money and get research funding - it’s hurt me tremendously, no question.  But I don’t regret it.  If you see the truth being trampled on you just gotta speak out and by the way, Alan, having said that, the one thing if you do that is to keep right in front of your forehead is that if someone shows me I am wrong I have got to be the first one out there to say I am wrong but nobody’s done it yet.