by Vincent Gray
Dr VINCENT GRAY is a research scientist with a wide experience in five countries (UK, France, Canada, New Zealand and China), in laboratories studying petroleum, plastics, coal, timber, building, and forensic science. He has published widely and for the past 12 years he has specialised in climate science. He is an expert reviewer for the Intergovernmental Panel on Climate Change.
MAY 18th 2011
FOURIER REHABILITATED 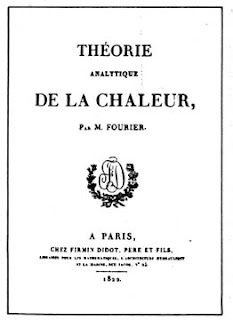 In Newsletters Nos 263 264 and 265 I provided a summary of the work of some of  the main pioneers of the "Greenhouse Effect", Fourier, De Saussure, and Arrhenius, when compared with the modern promoters Trenberth et al. I showed that all of these writers failed to describe the true function of a greenhouse or to apply it to the behaviour of our climate. It is possible to have some sympathy with people who were active before much of currently accepted Physics was established, but there is no excuse for the present day deficiencies.

Casey  is outstanding as he gives a whole series of essays with full scientific references. He gives the complete translation by Burgess (1837) into English of the 1924 and 1827 Fourier papers and comments on both the 1824 and 1827 papers.  He also gives a full text and commentary of Tyndall's work. His comments on the misunderstandings are brilliant.

It looks as if I will have to split my comments up into instalments. This one deals with Fourier

I have misjudged Fourier, and I am not alone. Casey has persuaded me that he did actually provide a correct explanation of the behaviour of a greenhouse, and its application to the climate.However, he lived in an age where many concepts in physics had not yet been properly formulated so he used language to describe his views which has been universally misinterpreted.
Fourier believed that space was filled with aether, which had a common temperature resulting from the radiation coming from all the stars  everywhere in the universe. On its own, the earth would have the same temperature of the aether, which he reckoned was just below that of the coldest places on earth, the poles..so he had to explain where the extra heat of the earth came from.

"The solar heat has accumulated in the interior of the globe, the state of which has become unchangeable. That which penetrates in the equatorial regions is exactly balanced by that which escapes at the parts around the poles. Thus the earth gives out to celestial space all the heat which it receives from the sun, and adds a part of what is peculiar to itself."

So he considered that the extra heat came from "what is peculiar to itself", the residual heat of the earth which was still cooling from its original formation.

When he added this in it was not enough, so he had to find some extra heat


"In short, if all the strata of air of which the atmosphere is formed, preserved their density with their transparency, and lost only the mobility which is peculiar to them, this mass of air, thus become solid, on being exposed to the rays of the sun, would produce an effect the same in kind with that we have just described. The heat, coming in the state of light to the solid earth, would lose all at once, and almost entirely, its power of passing through transparent solids: it would accumulate in the lower strata of the atmosphere, which would thus acquire very high temperatures. We should observe at the same time a diminution of the degree of acquired heat,"
This is a description of convection, which, he admits, is a cooling of the heated earth. so it is not an additional source of heat.  He seems to think it has the power of "accumulating" to "acquire very high temperatures".

He was led to this theory from the experiments of his friend de Saussure with his solar heated "hot box", which was a miniature greenhouse

"The theory of the instrument is easily understood. It is sufficient to remark, 1st, that the acquired heat is concentrated, because it is not dissipated immediately by renewing the air; 2nd, that the heat of the sun, has properties different from those of heat without light. The rays of that body are transmitted in considerable quantity through the glass plates into all the intervals, even to the bottom of the vessel. They heat the air and the partitions which contain it. Their heat thus communicated ceases to be luminous, and preserves only the properties of non-luminous radiating heat. In this state it cannot pass through the plates of glass covering the vessel. It is accumulated more and more in the interval which is surrounded by substances of small conducting power, and the temperature rises till the heat flowing in, shall exactly equal that which is dissipated".

Again he talks of heat being "accumulated" by convection, that is by cooling the earth. The main reason the hot box and the greenhouse are warm is that the air that was heated by convection by day keeps the cooling earth warm by night. Nobody seems to realise this.

Fourier's statements have been interpreted by many (including myself, the above: Hot Box website, Arrhenius, and Tyndall) to mean that Fourier thought that infra red rays are trapped by glass, explaining the action of a greenhouse. Fourier says something different, that the heat  "is concentrated", and"ceases to be luminous"  and "has properties different from those of heat without light."  He is struggling to say it becomes ordinary heat which can be transmitted by his pet mechanism, conduction, and so induce convection, a concept which hardly existed at the time


It is amazing that so many people have accepted the idea that glass traps infrared, since it can be so easily shown to be wrong. I possess a  wood burning stove with a glass front where it is  immediately obvious that the infrared rays from the burning fuel undoubtedly pass through the glass.

But Fourier in 1824, despite his understandable limitations, came very close to the correct theory of the action of a greenhouse and of the earth's climate, when everybody else since then, .Tyndall, Arrhenius, Callandar Trenberth and everybody connected with the IPCC,  have failed altogether to understand either of them.

"To kill an error is as good a service as, and sometimes better than, the establishing of a new truth or fact"    - Charles Darwin.
Posted by Geoff on May 18, 2011 No comments: