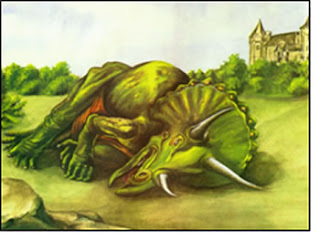 Slaying the Sky Dragon" is the title of a recent book published by the Stairway Press and a website which promotes its contents. It is the result of an association of scientists, technologists and journalists who oppose the concept that the earth's climate is influenced by increases in carbon dioxide and other greenhouse gases. They have been seeking scientific reasons why this concept is wrong.

I have been in correspondence with members of this group for many years and I have been greatly stimulated in my own thinking by their willngness to challenge the basic assumptions of this theory.

This book, and the discussions on the website, are the culmination of many years of study and speculation. My last Newsletter, No 266 was inspired by this book.

The book questions most of  the assumptions of the climate models such as: :


They show, by simple fluid dynamics that the earth is cooled by convection and evaporation, a process all but ignored by the IPCC.

The authors fail to follow up properly the difference between day and night. They make a comparison between the moon, which has a very large difference in temperature between day and night, and the earth, where the difference is much less. They fail to realise that this means that the earth's atmosphere is the main influence on the energy distribution in our climate, not one of the minor "greenhouse gases," and that the climate by day is fundamentally different from the climate by night.

In effect, they have discovered a true theory of the climate which can undoubtedly challenge the trace gas absorption theoty of the IPCC

Unfortunately these original and even revolutionary thoughts are obscured by a determination to misinterpret the Second Law of Thermodynamics. One version of this Law is as follows:


"Heat cannot flow of itself from a cooler to a warmer body"
They have failed to notice the phrase "of itself". By ignoring it they feel justified in believing that the atmosphere cannot radiate energy back to the earth (so-called "back radiation") so that the trace gas warming theory, which depends on this assumption, is untrue.

A refrigerator is an apparatus designed to transfer heat from a cool body to a warmer, heat exchanger. It can only do so by means of an external supply of energy. The earth's climate is also  dependent on  an external supply of energy, from the Sun, Without it, as happens every night, all the radiation (including the "back radiation") would disperse, if it were not interrupted from approaching absolute zero by the next dawn.

The Laws of Thermodynamics and Planck's and  the Stefan/Boltzmann Radiation Laws are derived mathematically in Chapter18 of "Slaying the Sky Dragon" by Claes Johnson,  a Professor of Applied Mathematics  from the Royal Institute of Technology. Stockholm,. He shows that radiation depends entirely on the temperature of the emitter after he has denied it by saying that radiation cannot be absorbed by an object at a higher temperature.

Despite this and their other doubtful speculations they deserve  credit  for the insight into climate science they have undoubtedly provided,