Julia will protect the most vulnerable - herself.

Julia Gillard in an opinion piece in Fairfax National Times.

Australia must reject the extremes of the debate, no matter from where on the political spectrum they emerge.
We see those who don't believe in climate science arguing that the government shouldn't act. I don't agree. I'll be taking my science from the CSIRO, not the radio shock jocks.
We'll also see those who accept the science but whose environmentally extreme solutions would endanger our economy and the jobs of working people. We should reject that approach, too.

Ms Gillard accepts the "science" but her solution WILL endanger our economy. We should therefore reject her approach.

(Mr Abbott)  has called for a ''people's revolt'' and is courting climate change deniers. He is attempting to harness those who disagree with the scientists to try to ensure nothing is done.

The Labor Party will do what it has always done. We'll protect the most vulnerable members of our society –

The Labor party will do anything to prop up the very vulnerable, very fragile hold on power. Any lie will do if it helps their slipping grip of power. Think of the hypocrisy of the “Independents” who signed on because they supported MS Gillard's policies, including “there will be no carbon (dioxide) tax….” Obviously, when Ms Gillard did a 180º turn after they signed on, they obviously had to do a 180º turn as well. Or were they already bolted on? IS that why former state Labor cabinet minister was handing out "how to Vote" cards for so-called Independent Rob Oakeshott in the last General Election (here). He drove three hours to hand out HTVs for Oakeshott. I wonder what Labor people around Cessnock thought of that?
Posted by Geoff on March 28, 2011 2 comments:

When the facts change, I change my mind. What do you do, sir? 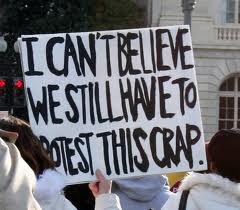 Every few weeks I get an e-mail notifying me of a blog-post from a blog called WTF Deniers and from their Chief Denier- an IT worker called Mike. Today I got an e-mail re one of Denier Mike's latest Posts "....Forces of Hate..." A quick read from the comments of some of Mike's deniers - John B, Moth Incarnate, Ross  et al and you will easily see where the hatred lies..

Every day last week I started to write a blog past, but just couldn’t finish it. ..........Horror at the ignorance, hate and lies of the “climate sceptics”.

Ignorance? That is a judgment and we would say that the ignorance is on your side.

Hate? I don't think that you could justify hate anywhere on our side. To find hate, read the comments by some of your WTF deniers!

Lies? Where do we start? MBH98 and the disgraced "hockey stick" graph?  Deleted e-mails subject to FOIA requests, Hide the Decline - see Berkeley's Richard Muller - who said "As a scientist, I now have a list of people whose papers I won't read anymore. You're not allowed to do this in science. This is not up to our standards."

Mike goes on: " They are filled with rage and hate, suspicious of knowledge and learning."

Really, Mike? Rage? Well, if our PM lies about a carbon (dioxide) tax to just sneak into office, should it be greeted with exultation? Should it be greeted with disappointment? or - Should there be anger at a cheating PM whose original roots come from a village called Cwmgwrach, which means 'The Valley of the Witch,'  a village of coal miners. Perhaps, Mike, rage would be felt by our anti-coal, anti-mining Prime Minister if she returned to her roots. There is certainly anger at home for a Prime Minister who lied her way into office; a Prime Minister, who knew that if she had declared her intention to introduce a carbon dioxide tax based on  very dubious "science," she would not have got across the line.


Suspicious of knowledge and learning? Are you suspicious of the Vostok Ice Core samples, Mike. Do you believe that science has moved on? David Evans, a leading light in the Australian Greenhouse Office, (now the Dept of Climate Change and Propaganda,) said:

But since 1999 new evidence has seriously weakened the case that carbon emissions are the main cause of global warming, and by 2007 the evidence was pretty conclusive that carbon played only a minor role and was not the main cause of the recent global warming. As Lord Keynes famously said, "When the facts change, I change my mind. What do you do, sir?"

The facts HAVE changed, Mike. It's time that you and your WTF deniers faced the truth!
Listen to David Evans explain it.


Now what I feel is anger.  Anger at the lies.

Mike, I feel anger at the lies of the obstinate stick-in-the-muds, those people who deny that the CO2 AGW hoax has been falsified!

Mike and your fellow deniers....wake up and realise that the "science" has moved on.