Watching the Deniers and Deceivers.

My Wife calls it my Sunday School. On Sunday mornings I watch the round of political programmes; Meet the Press, Laurie Oakes' Interview and the ABC's Insiders. There was an amount of decepttion in all these programmes.

Due to Julie Gillard's evident breaking of an Election promise (Prime Minister Julia Gillard has said there will not be a tax on carbon while she leads the federal government) all three programmes addressed the issue of a carbon tax.

Carbon tax? Tax on Carbon? What is carbon? The two most common allotropes of carbon are graphite and diamonds. So they are going to tax carbon? Tax Diamonds and Graphite? No, they are going to tax carbon dioxide: two oxygen atoms bonded to a single carbon atom. That means there are twice as many oxygen atom than carbon. Why aren't they calling it an oxygen tax. Water is H20. Do you ask someone for a glass of hydrogen?

It is deception to call it a carbon tax. It is a carbon dioxide tax.

The other deception was talking about the polluters. During the programmes, there were background images of pollution and cooling towers. 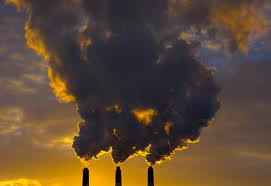 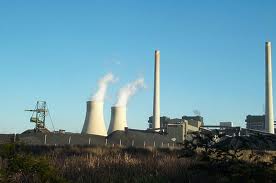 These are cooling towers. It is deceptive to show an image like this when you are talking about CO2 emissions. It is deceptive to say pollution when you are meaning carbon dioxide emissions.
Carbon dioxide is colourless. Any image intending to show carbon dioxide emissions should show...er...nothing. Breathe out into your fist. Can you see anything? Part of that is carbon dioxide. Look at a clear cloudless sky. A small percentage of that sky is carbon dioxide. An even smaller, almost infinistesimal proportion is man's contribution to atmospheric CO2.
To realise how small the anthropogenic proportion is, 2UE's Mike Smith, in Aug 2008, made a graphic representation.

Imagine one kilometre of atmosphere that you want to clean up.   For the sake of the discussion, imagine you could walk along it.
The first 770 metres are Nitrogen.
The next 210 metres are Oxygen.
That’s 980 metres of the 1 kilometre.   Just 20 metres to go.
The next 10 metres are water vapour.   Just 10 metres left to go.
9 metres are argon.   1 metre left out of 1 kilometre.
A few gases make up the first bit of that last metre.
The last 38 centimetres of the kilometre – that’s carbon dioxide.
A bit over one foot.
97% is produced by Mother Nature.   It’s natural.  It has always been in the atmosphere otherwise plants couldn't grow.
Out of our journey of one kilometre, there are just 12 millimetres left.   About half an inch.   Just over a centimetre.
That’s the amount of carbon dioxide that global human activity puts into the atmosphere.
And of those 12 millimetres Australia puts in .18 of a millimetre.
Less than the thickness of a hair.   Out of a kilometre.
So in every kilometre of atmosphere, complete with green-house gases regulating the climate - in every kilometre reflecting back and retaining the sun's heat on earth, just .18 of one millimetre is contributed by Australia's carbon dioxide emissions.

"....(aimed) at large industrial polluters, if you like, that a carbon price mechanism is targeted, in order to bring about change behaviour at that level, in order to drive the investment in clean energy technology, to reduce pleases in our existing electricity generation sector, to provide business certainty for investments to be made in things like gas-fired base-load power generation, to drive further investment in wind power and other renewable energy sources."

As we have seen Windpower is hellishly expensive, so what carbon dioxide tax will we have to pay "to drive further investment in wind power and other renewable energy sources."

Also, this morning on ABC's"insiders," they said that Julie Bishop had said the ex PM Bob Hawke addressing a public meeting had expressed his disapproval of Ms Gillard and said that Greg Combet would be her replacement. They then said that Hawke had denied it and they had a snigger at Bishop's expense. I was screaming at the screen - "You said It was a public meeting -  you're journaliists, find some others from the meeting and check the facts." Later I checked the Sunday paper. The story was -here.

At the UWA dinner, Ms Bishop claims Mr Hawke "stunned" guests at his table, including Janet Holmes Court, her partner Frits Steenhauer and the Chief Justice of the High Court Robert French, when he said Ms Gillard was in trouble.
"I can certainly confirm that at the dinner he was very open about his views that Julia Gillard would not go the distance. And that Bill Shorten was not the answer, but that Greg Combet would be the leader of the Labor Party sooner rather than later," Ms Bishop said.

The Labor Party's Spin Machine has moved into top gear trying to justify this reversal of an election promise.
JULIA Gillard's decision this week to introduce a carbon tax was the best decision she has made as Prime Minister. HERE