A YouTube interview with Meteorologist Richard S Lindzen before Cancun.

I love the bit where the interviewer asks Lindzen what he expects to come out of the Cancun conference:
Same as the other conferences
Which is?
Nothing.

Most people are aware of Erin Brockovich from the movie of the same name. Erin was a legal clerk who was instrumental in constructing a case against the Pacific Gas and Electric Company (PG&E) of 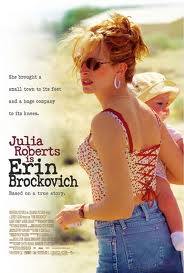 California in 1993. The nub of the case was whether PG&E was contaminating the drinking water.

Most people are not aware that although she won the case and damages were awarded against PG&E, it has since come to light that the case should have gone the other way.

As Wikipedia tells us:


A study released in 2010 by the California Cancer Registry showed that cancer rates in Hinkley "remained unremarkable from 1988 to 2008." An epidemiologist involved in the study said that "the 196 cases of cancer reported during the most recent survey of 1996 through 2008 were less than what he would expect based on demographics and the regional rate of cancer."

Now Australia is to be blessed with Brockovich's talents. She wants to have joint Citizenship of the US of A and The Great Southern Land. Erin has told reporters that she loves Australia.

From a report in today's Sydney Morning Herald (link in title):


Erin Brockovich has launched an initiative to serve the cause of environmental protection in Australia - the Environmental Justice Society (EJS).
"This country is at the beginning of a period of huge growth that will continue for decades to come and it's all driven by resources in the ground," Ms Brockovich said at a launch in Brisbane today.
"The EJS will act as a guardian of people's rights for a safe and healthy environment and is aimed at helping preserve Australia's pristine beaches, waterways, rainforests and wilderness for generations to come."

She has even started a competition to find an Australian "Erin Brockovich."