Something in the Wind

There is something in the wind. The winds of change or, more precisely, the winds of climate change.

The newly crowned (do you say crowned? and is he a republican?) Australian of the year Simon McKeon thinks that Climate Change (nee Anthropogenic Global Warming) has caused the winds to evaporate.

Mr McKeon is a famed sailor. In 1993 on his sailboat YPE he established the 500 metre world record. Although it was beaten in 2004 by a windsurfer, his record still stands for a C Class Cat.

McKeon, the recently appointed Chairman of Australia's CSIRO, therefore should know something about winds. The Age reported in 2008:


"In the last few years, that wind has … evaporated," Mr McKeon says.
This observation helped convince him to begin minimising carbon emissions.

He obviously hadn't studied this report:

Global warming increasing the dispersal of flora in Northern forests

As a result of stronger winds caused by global warming, seeds and pollen are being carried over longer distances. An increase in temperature of only a couple of degrees may increase the dispersal of plants in Northern forests and the spread of plant species into forest clearings after felling or forest fires.

and here's some-one else who hadn't read that report. The Jerusalem Post reports that

Your page will load shortly...Skip This >> 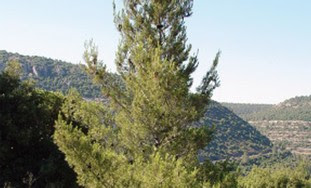 Photo by: Ophir Altstein/Hebrew University 'Many seed-bearing trees may become extinct'
Prof. Ran Nathan, head of HU’s Alexander Silberman Institute of Life Science, his student Nir Horvitz and researchers from abroad reached that worrisome conclusion, which has just been published in the journal Ecology Letters.
On the basis of earlier work, higher concentrations of carbon dioxide are expected to cause trees to produce many more seeds and to reach maturity earlier than under current conditions, hence speeding up their spread.

On the other hand, the weakening of wind speed in certain areas should reduce spread rate of these trees.
So, as we know, Australian AGW gurus have been saying that climate change would mean longer droughts but have now changed their tune to floods caused by global warming.
Now we have two sides of AGW Alarmism saying Global Warming will cause more winds AND less winds.
I think I  understand.