AN analysis by Anthony Cox of a letter sent by Greg Combet to a member of the public.


Mr Combet’s Letter
This is a letter sent by  the Minister for Climate Change and Energy Efficiency Greg Combet to a constituent who requested information about the science which the government relies on to justify its proposed measures to combat anthropogenic global warming [AGW]. This letter should be viewed as the government’s official position on AGW and its justification for the measures it is implementing and proposing to introduce to ‘solve’ AGW.
A response to Mr Combet’s letter follows. 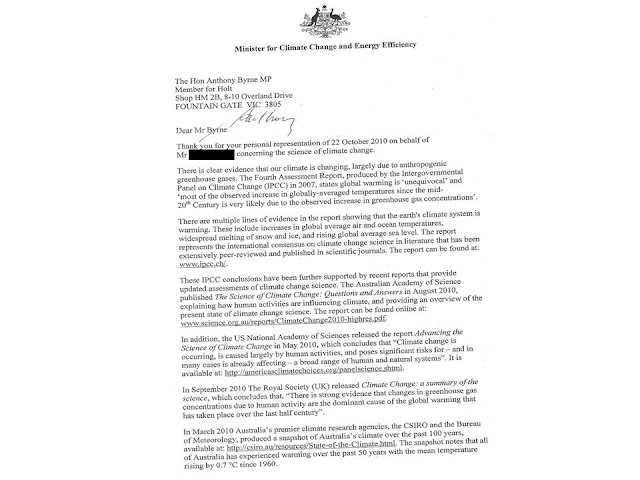 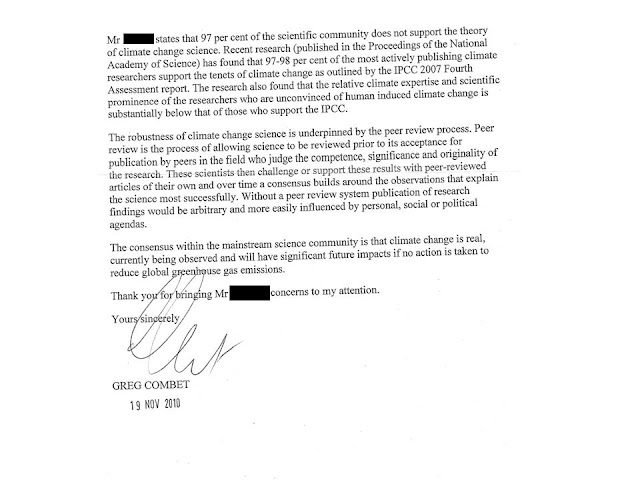 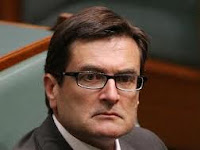 Greg Combet is the Australian Minister for Climate Change.
Anthony Cox is the Secretary of The Climate Sceptics party.