Speaking of starvation, while nearly half a million people die from a lack of food each year, some 6.5% of the worlds grains, and 8% of the vegetable oils are now fed to cars instead of people. Arguably action against climate change is a net killer, and we’d save people by doing nothing at all to stop carbon dioxide emissions.

Also from Joanne's blog, the Skeptics Handbook is available for download, Carbon follows temperature by 800 years in the Vostok Ice Cores and posts by Dr David Evans.

Joanne Nova is a freelance science presenter, a professional speaker, TV host, radio presenter, author and blogger. Over 200,000 copies of The Skeptics Handbook have been distributed in four countries and translated into 11 languages. Jo was a prize winning graduate of molecular biology and Associate Lecturer in Science Communication at the ANU.
Joanne Nova's blog can be found at: 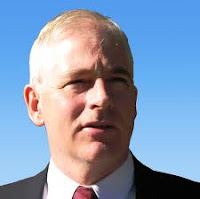 Dr David Evans worked for the Australian Greenhouse Office from 1999 to 2005, building the carbon accounting model that Australia uses to track carbon in its biosphere for the purposes of the Kyoto Protocol. He is a mathematician and engineer, with six university degrees including a PhD from Stanford University.

Dr David Evans says: The whole idea that carbon dioxide is the main cause of the recent global warming is based on a guess that was proved false by empirical evidence during the 1990s.........

Dr David Evans and  Joanne Nova will be joining Lord Christopher Monckton in his forthcoming tour of Australia. Tour details are now being finalised.

We are looking for sponsorship of this tour from citizens, both corporate and individuals, who are interested in a transparent debate on the science and a rational approach to Australia's future well being and prosperity. We believe all fair-minded citizens want a better future without having to sacrifice the progress we have made.