Australia has many bodies trying to expose the AGW hoax; trying to get the real "science" to the people.
There is, of course, us i.e. The Climate Sceptics Party, and the Tea (Taxed Enough Already) Party; there is Viv Forbes' Carbon Sense Coalition; Ray Evans and the Lavoisier Group; the Australian Environment Foundation; among others and then there are the bloggers who are contributing to the enlightenment of the science including Joanne Nova; Malcolm Roberts; Jennifer Marohasy; Australian Climate Madness 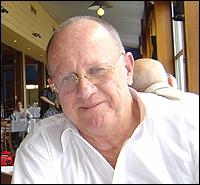 and the few marvelous columnists in the MSM who look outside the circle, who investigate instead of republishing party handouts -

Foremost is Andrew Bolt and then (in alphabetical order) Akerman (at sea), Albrechtsen, Blair, Devine etc and the amazing cartoonist Zeg.

So, do we need another body?

Introducing the Galileo Movement. The Galileo movement has been formed by two amazing men. This daring pair of retired engineers risked their own money to promote the last Australian tour for Lord Christopher Monckton.

Now, they have set up The Galileo Movement.

Our objective is to expose misrepresentations pushing a 'price on carbon dioxide'.

We care about freedom, security, the environment, humanity and our future.

Alan Jones launched the Galilieo movement on his 2GB Breakfast show by talking to the foremost "climate" scientist - Richard Lindzen.  HERE.
Alan then talked to the movement's project director, Malcolm Roberts. HERE.
To get the other side, Alan spoke to David Karoly HERE.
Next Alan Spoke to Dr Tim Ball - see post HERE
Posted by Geoff on May 17, 2011