Dr Karl Kruszelnicki on 2UE Sat 7/5/11 said every scientific body in the world believes in the hypothesis that man-made CO2 emissions cause runaway global warming.

Actually Dr Karl said that every scientific body in the world says that "Climate change is real..." Really, Karl, anyone would be an idiot if they didn't believe that "climate change is real" because climate has been changing since time began. You did mean that they believe the hypothesis, didn't you, Karl?

This hypothesis has been falsified more than once. (see http://tiny.cc/ax09l) As Einstein said:
“No amount of experimentation can ever prove me right; a single experiment can prove me wrong.”

Dr Karl should remember the old adage: "He who pays the piper, calls the tune."

Garth Paltridge wrote an opinion piece in last week’s Australian (See http://tiny.cc/n97ja.) Garth is a retired atmospheric physicist and has been a chief research scientist at the CSIRO as well as a consultant to the World Meteorological Organisation.  Garth says that the CSIRO, the BoM and the Australian Academy of Science have all been bought by successive Australian Governments. The CSIRO has suppressed a dissenting opinion by Clive Spash. Clive then resigned (see http://tiny.cc/33eou)

In like manner, Ferenc Miskolczi resigned from NASA. Some years ago this Hungarian physicist, then working for NASA, discovered a flaw in how those constructing the IPCC climate models deal with the issue of the atmosphere’s boundary conditions. In order to progress this research Dr Miskolczi eventually resigned from NASA claiming his supervisors at NASA tried to suppress discussion and publication of his findings. His peer-reviewed papers can be found here and here.

Until their research proved it flawed, both Ferenc and Miklos were firm believers in the AGW hypothesis: as was Doctor David Evans.

From 1999 to 2005, David Evans was working for the Australian Greenhouse Office (Later to be called the Dept. of Climate Change) when he saw the light. Recently, David said:


The debate about global warming has reached ridiculous proportions and is full of micro thin half-truths and misunderstandings. I am a scientist who was on the carbon gravy train, understands the evidence,  was once an alarmist, but am now a sceptic. Watching this issue unfold has been amusing but, lately, worrying. This issue is tearing society apart, making fools and liars out of our politicians.


The whole idea that carbon dioxide is the main cause of the recent global warming is based on a guess that was proved false by empirical evidence during the 1990s. But the gravy train was too big, with too many jobs, industries, trading profits, political careers, and the possibility of world government and total control riding on the outcome. So rather than admit they were wrong, the governments, and their tame climate scientists, now cheat and lie outrageously to maintain the fiction that carbon dioxide is a dangerous pollutant. 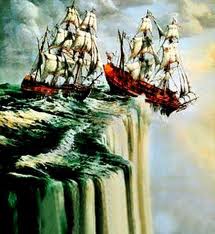 
The interview was spread out over four hours, so I've split it into several posts, which will appear over the next few days. In this first one you can hear Naomi Oreskes trying to link floods in Australia and the UK and Pakistan to global warming and Dr Karl saying that Australia is going to get drier. The apparent contradiction between their positions seems to have been lost on them.

Picking away at Karl's "Every scientific body in the world...."

What about the American Meteorogical Society, Karl?


The society has officially taken a position many of us AMS members do not agree with. We believe that humans are having little or no significant influence on the global climate and that the many Global Circulation Climate Model (GCMs) results and the four IPCC reports do not realistically give accurate future projections. To take this position which so many of its members do not necessarily agree with shows that the AMS is following more of a political than a scientific agenda.(More HERE.)

Just one more nail in the every scientific body B/s.
Posted by Geoff on May 10, 2011