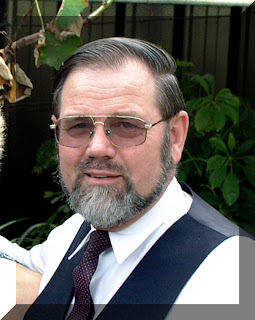 As summarised in the attached briefing document, plans are afoot to continue with present protests against this new tax, and, if necessary, to launch yet another (fourth) wave of protests to Canberra,
should that prove necessary.

I invite you to consider participating in this protest by signing up to become a member of an informal action group in your town, area or region. The appropriate email address to write to is contained in the “What Can I Do?” section of the attached briefing document by Professor Bob Carter, who is a long-time opponent of Canberra’s unrealistic “stop climate change” policy plans.

Finally, (i) please feel free to forward this message, and the briefing document, to any other persons that you think might be interested in it; and (ii) I apologize if this turns out to be a multiple copy of the letter (in which case, of course, please discard it), but hope that you will agree, given the importance of the matter, that it is better for you to get multiple copies than to receive none.

POLITICAL BACKGROUND
Worldwide, the media response to recent climatic disasters, egged on by IPCC-related researchers (see, for example, two recent model-based papers in Nature), has been to concentrate on the message that these are a result of human-induced warming - Climategate being now long put aside. Remarkably, The Australian is currently still running editorials in support of “putting a price on carbon dioxide”.

Recent natural climate-related disasters, including bushfires and floods in 2010, and floods and cyclones so far this year, have surely demonstrated in spades the value of a society being prepared in advance for climatic disasters, and adapting to them as they develop.

Yet scarcely a single influential politician or media writer/presenter in Australia has supported, or even discussed, the needed, truly precautionary and cost-effective approach of preparation + adaptation with respect to climate change.
Therefore, very few businessmen, wealthy individuals or philanthropic organisations have so far been prepared to put money into challenging IPCC “science” or the Green intimidation that goes with it. Hopefully, the sheer cost and pointlessness of what the government is now proposing might stimulate business organisations to start taking more interest in the independent scientific evidence.
Conclusion
Should the tooth fairy suddenly appear, we all have ideas as to where advertising etc. might be deployed, and where we could benefit from paying for individual services such as co-ordination of publicity.
But until then concerned citizens are on their own without funding resources, and have only until July 1st to achieve a reversal of the current political intent. What might they do?
CURRENT ACTIVITES & POSSIBLE STRATEGIES
Many hard-working people and groups have spent and continue to spend many waking hours pondering the AGW issue and are already working hard to combat hysteria about it. Of course, there is strength in this very diversity, but there is also great (and currently unrealised) strength in better co-ordination and focus – especially given the inexorable time line that confronts opponents of a carbon dioxide tax or emissions trading scheme.
Obvious strategies to oppose the tax include organizing lectures by knowledgeable scientists or others, holding regular “tactic discussion” meetings in you particular area, writing letters to the editor or phoning in to radio talk back shows, preparing fact sheets and participating in public protests or demonstrations.
Local action groups could include well informed people who can: rapidly marshall any needed opposing arguments and facts; put opinion pieces and letters to the Editor together quickly; access media sources to disseminate the information. Each group would organise its own editors and helpers, and decide how best to attack particular issues in their area as they arise.
If all else fails, and the government remains committed to the introduction of carbon dioxide taxation in late June, then (as was done successfully in 2009), people nationally will be asked to let politicians know of their opposition to carbon dioxide taxes/ETS by means of direct faxes, phone calls or emails to their representatives in Canberra. (You may recall that the last time that the Senate attempted to pass ETS legislation, Canberra was swamped by an alleged more than 300,000 individual protests, which must have contributed to stopping the bill).
If you are interested in helping to apply these, and other, means towards the goal of stopping the introduction of a carbon dioxide tax/ETS in Australia, then please consider signalling your interest to the email address listed in the section below.
COMMUNICATIONS LINKS
There are a number of established Australian web-based communication and information sites in place, through which the rapid dissemination and public promulgation of information about global warming and related scientific and political issues is already achieved. They include:
The Australian Conservative (John Styles) - http://australianconservative.com/
The Australian Climate Sceptics (Leon Ashby) - http://landshape.org/news/
The Carbon Sense Coalition (Viv Forbes) - http://carbon-sense.com/
JoNova (Joanne Nova) - http://joannenova.com.au/
Jennifer Marohasy (Jennifer Marohasy) -http://jennifermarohasy.com/blog/
Lavoisier Group (Ray Evans) - http://www.lavoisier.com.au/index.php
IPA (Chris Berg) - http://climatechange.ipa.org.au/
AEF (Max Rheese) - http://aefweb.info/
Aus Climate Science Coalition (Max Rheese) - http://www.auscsc.org.au/
KEY ALARMIST POINTS THAT NEED TO BE COMBATTED
A slide set is being prepared that addresses each of the major arguments that are currently used by the alarmists to further their cause. The content of this slide set will cover the following points.
THE MESSAGES TO SELL & THE QUESTIONS TO ASK
From watching the media every day, we all understand that the two secrets of successful transmittal of political ideas are:
Such tactics imply that the fewer and simpler the messages and questions the better. Here are what I view as the two most important messages. Note that the second is FOR something, and that that something is cost-effective, sensible and politically feasible.
Recent natural disasters in Australia provide crystal clear examples of the value of such a policy. In particular, Queensland dealt so well with the recent Brisbane floods and Cyclone Yasi in large part because of the re-organisation of the emergency services that was undertaken based on lessons learned during and after the earlier cyclone Larry.
There are then two key questions for which an answer must be relentlessly DEMANDED. They have been asked by me in parliamentary committee in Canberra, in many public talks and most recently in a letter to Tim Flannery in the Australian last week – all without answer. They are:
The available informal estimates indicate that the answers to these questions are something like: (i) less than 0.001 deg. C by 2020; and (ii) more than $2000/Family-of-Four/year. What should be demanded, however, are “official” answers to these questions by CSIRO and the government rather than attempting to propagate my back-of-the-envelope estimates.
WHAT CAN YOU DO?
If you are in agreement with a substantial part of the analysis above, you may wish to help towards what Mr Abbot has termed a People’s Revolt aimed at convincing the present government not to proceed with the implementation of a carbon dioxide tax.
In order to register your interest in receiving future communications towards this end, please send an email with your name and contact details (email, phone number, nearest town and state) to thepeoplesrevolt@talkingclimate.ruralsoft.com.au. If you are prepared to play a more active role, then please indicate also:
(i) whether you would be prepared to act as a co-ordinator as a geographic (state, region or district) response group, and

(ii) any special skills that you might be able to offer towards preparing materials or organising or attending meetings etc. in your area.
It goes without saying, but nonetheless needs to be noted, that your personal details and interests will not be passed on or divulged to anyone outside the group.
We are, of course, aware that several regionally based and one national (Climate Sceptics Party) group are already active in networking and provision of materials to “climate sceptics”. If any such group wishes to participate as part of The People’s Revolt network, then just let us know. If not, we appreciate that diversity confers strength as well as co-ordination, and we will be more than happy to simply work alongside existing groups, and help them in any way that we can.
Should you register an interest, you will be included in a summary listing of “helpers” that will be organized by state and district. Shortly beyond that, you can expect to hear again from a nearby co-ordinator, to be consulted about activities that you might plan to be involved in, and to be provided from time to time with supporting material and information.
All such local groups will be encouraged to make their own autonomous decisions for action, though perhaps guided by some of the principles outlined in this paper. Please be very clear that this document is not concerned with setting up rigid committee or other structures, but rather is simply intended as an encouragement and help towards loosely networked action for all who wish to be involved
A THANK YOU
Finally, thank you very much to all who have contributed ideas, enthusiasm and support towards the development of this briefing document.

Author of Climate: the Counter Consensus