Letter to the editors - by Leon Ashby - President, The Climate Sceptics
Dear Sir /Madam,
With the internet, today's voter is becoming more informed on facts that contradict what our local, state and federal Political leaders often advocate. 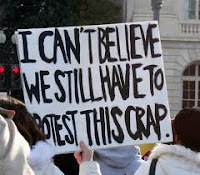 This then raises questions that I believe voters want answered in public (rather than fobbed off through the media.)

For example:  Scientific research is being published showing health problems to residents living within 2 km of large wind turbines. Logically I would think this information should cause a re-evaluation of any wind-power farm plans.
Also; low doses of fluoride in water has been documented to cause severe health problems for a percentage of the community. This info gets ignored by health ministers.
Then there are now 6 published scientific papers by world leading scientists that have water tight evidence against the idea that CO2 causes dangerous Global Warming, but they are
ignored also.
Next we have SE of SA forest industries doomed to closure if the State forest resources in the South East is sold to international interests. An economic catastrophe aimed at our foreheads.
Finally the MDBP wanting to cut water allocations in the Murray Darling system by up to 37%. Another unnecessary economic tragedy being proposed on bad logic and weak evidence.

In a real democracy our leaders would conduct public meetings to answer questions and publicly release the actual scientific or economic evidence on which they are basing their decisions or answer on a web site any detailed question a member of the voting public raises.

Obviously our leaders will not face these things.
So isn`t that a dictatorial system we are now in?