On the heels of Dopenhagen -Can-CON

Christopher Booker points out some anomolies (link in title):


Lord Stern, that high priest of the international warmist establishment, proposed that Britain should raise an extra £15 billion a year in “green taxes”, on petrol, flights and domestic energy, to punish people with a “high-emission lifestyle” for the damage they do to the environment. Ten per cent of this, said Lord Stern, could go to the new Green Climate Fund (agreed late on Friday, to a standing ovation) to help poorer countries develop “low carbon economies” by building wind turbines and solar panels, while the rest could be kept by the British Government as an “incentive”.


Quite how 11 million motorists will be persuaded to pay more than £20,000 a time for these vehicles when, for little more than half that, they could buy a Ford Focus, Lord Turner does not say – nor why they should opt for a car that will drive for barely 100 miles before its batteries have to be recharged for several hours. As for who will provide the millions of charging points necessary, Lord Turner suggests that electricity companies could be forced to do this as a licensing condition. But he overlooks the fact that almost all the electricity they need would come from fossil fuels, which with transmission losses, would largely if not wholly negate any supposed savings in CO2.

India meanwhile has protected its interests.


Environment Minister Jairam Ramesh declared that 'India's interests had been fully protected and enhanced' in the Cancun Agreement and pointed to paragraphs in the agreement that had been drafted by the ministry, as well as clauses that had been dropped at the Indian delegates' insistence.

And if you think the Can-CON delegates were swanning around in the (ever-warming) Sun, think again. As Anthony Watts (WUWT) reports:

The irony, it burns. Do you think maybe Gaia is trying to send the U.N. and the delegates a message? One record low was funny, three in a row was hilarious, a new record low for the month of December was ROFL, but now six straight days of record lows during the U.N. COP16 Global Warming conference? That’s galactically inconvenient. The whole month so far has averaged below normal....

God having fun with climate meetings?

It appears God is having fun with climate meetings where people believe they can play God and control the planet`s climate.
Following the very cold weather at Copenhagen last year, the Cancun Climate agreement was decided when 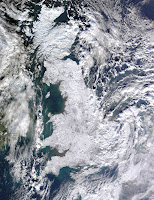 One wonders what will happen during the next Climate meeting.

Leon Ashby
President The Climate Sceptics
Posted by Geoff on December 12, 2010 No comments: