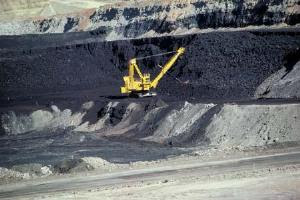 After BHP called for a Carbon Dioxide Price, knowing that it would not affect BHP, one of the other big three miners has entered the debate.

Mining Australia reports: "The chief executive of Swiss-Anglo mining giant Xstrata Coal....Peter Freyberg has called on the Federal Government to initiate a proper consultation process on how a price on carbon dioxide emissions would be administered."

He added that we need to think whether carbon (dioxide) should be priced...

Mining Australia adds that "Macarthur Coal chairman Keith DeLacy told ABC TV that most of the industry did not share Kloppers’ opinions. We have got one percent of world emissions - the rest of the world could not care less what Australia did."

Rather than calling for a carbon dioxide tax, perhaps we should be calling for a Royal Commission on the "science" of man-made Global Warming.

There are numerous fraudulent graphs and data that were picked up in the Climategate scandal. This deception indicates we should be thorough before we destroy jobs in our country with a carbon tax.

The scientific facts (if any) that prove CO2 is the cause of climate change need to be brought to light. There is no scientist in the world with research that proves CO2 is the cause while Roy Spencer, Ferenc Miskolczi and Richard Lindzen have research conclusively showing CO2 cannot or is not able to overheat the planet.
Posted by Geoff on September 27, 2010 No comments: