The Climate Sceptics SA lead Senate Candidate Leon Ashby has called for a debate on what is the best level of Vegetation to manage bushfires.

Mr Ashby says leading fire expert David Packham says fuel levels should be at 8 tonnes per hectare but our parks and reserves have up to 30 tonnes per ha.

The Vic bushfire report calls for restricting resettlement and housing development in areas where these fuel loads are high.

Ashby, the environmental award winner, says: "The report shows the mindset that trees are more valuable than human lives. Practical thinking land managers know that restricting bushfire fuel to less than 8 tonne per ha should be our community`s goal, but green laws defend trees and bushland beyond this common sense level.
The idea of greater prescribed burning is good, but it is never done sufficiently because green laws preserve too much fuel in parks and reserves and on the sides of roads in the first place".

The Climate Sceptics party believes the Australian environment has been robust for thousands of years with Aboriginal controlled fires and natural fires occurring regularly.
Mr Ashby says: "In most areas of Australia, explorers diaries record that trees were much thinner with aboriginal management than today's thick bushland."

"We believe less intense preventative fires do not damage people or the environment the way very hot fires like Black Saturday do. The deaths of people in the Canberra, Port Lincoln and Kinglake fires are just some that Green laws are responsible for."
In our view we should be practical and go as far as it is necessary to protect human lives by vegetation thinning in the more dangerous fire areas.
If the environment survived with Aboriginal management, then we have plenty of room to move with regard to a level that protects People and the environment."

In calling for a debate on the best level of vegetation Australia should keep our fire prone bushland to, the Mt Gambier landholder says: "the report is excessive to removing peoples rights about where to live rather than allow them the right to manage fuel levels on their land or on roads next to their home.
Certainly, the report has several good ideas, but it also shows how much they are scared to challenge the green ideology that believes in centralised Green control rather than freedom of the individual to make decisions to balance protection of the environment and themselves."
Posted by Geoff on August 11, 2010 No comments:

Last week, after a submission by GetUp, the High Court made a decision that could allow up to 100,000 more Australians to vote in the August 21 election. Why extraordinary? Well, under the electoral act everyone has to be on the electoral rolls. If you reach 18, you should register. 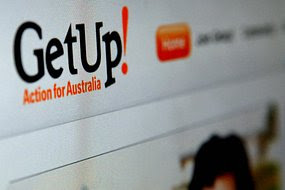 If you move you should notify your new address. And yet, in a majority ruling last week, the full bench of the High Court declared certain parts of the Electoral Act unconstitutional. Or to paraphrase, they opened to rolls to illegals, to people who had acted against the law and not enrolled.

What the High Court also did was to allow rorting of the rolls.

Senator Ronaldson says Labor is not interested in the integrity of the roll and "has long been supporting rorters"..

So, we can have false names and addresses added, we can have people getting up from the cemetries to vote. It has been done before. In the 1984 Election a boast was made that by rorting the rolls in marginal seats, they defeated the Liberals.

Howard made a concession to close the rolls on the day the election was announced. Why, oh why, didn't he make it harder to get on the electorsl rolls. It is easy to get on the rolls. Consider hiring a video? Last month I needed a bank cheque. All the ladies at my branck know me. However, to get that bank cheque, I had to show ID.

Geoff Brown
Senate Candidate for NSW
Posted by Geoff on August 11, 2010 No comments: