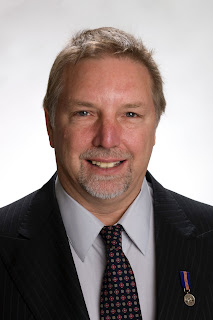 Former Irrigator, Environmental award winner and SA Senate Candidate for the Climate Sceptics, Leon Ashby has called the held back report an "obvious catastrophe for Irrigators" along both river systems.
He said "There are rumours it will advocate cuts of up to 65% in water rights. It will destroy farmers livelihoods, rural businesses and rural towns if it gets sanctioned. These people have done nothing wrong. I believe the reason it has not been released shows just how disasterous it will be."

Just starting to campaign for the election, the Mt Gambier landholder says: "The biggest disappointment is that this report will demonstrate our thinkers are blinded by green thinking. They have no compassion for people, just a bloody mindedness to destroy thousands of peoples livelihoods. The Murray river has run dry hundreds of times throughout history including four times in the early 1900s before the series of Locks and weirs were installed. The ecosystem recovered each time and it shows there is a resilience in nature far greater than Green thinkers wish to accept."

The former Landcare secretary says "As someone who has farmed in Northern Queensland for a decade I know there are solutions that should be considered including bringing water from Northern Australia where six times the water of the Murray Darling System runs out to sea each year. It's a system that can be designed using gravity to run the water into our Murray system".

"If elected to the senate I would work towards finding Win / Win solutions where extra water comes into the system, and at the lower end of the Murray the community designs the best option for assisting the lakes ecosystems. I am aware of several practical options communities could consider and to just trust people with green ideology to solve our water issues is perhaps the worst possible outcome. They have little belief in the robustness of nature or consideration for the pressures of farming upon which to base their decisions. "

The Climate sceptics do not accept greenhouse gases cause climate change, they believe weather patterns are cyclical over 20 and 40 year cycles and Australia needs to design our water needs accordingly but realising Nature is much more robust than Green ideology dictates.
Posted by Geoff on August 05, 2010 No comments:

If the Greens were honest....

An American Weatherman and TV host has come up with a challenge for the Greens - the Greens who want to take us back to the horse-and-buggy days. The Greens who don't want us to reduce fuel to help stave off fires.

The Weatherman is Pat Sajak. His article is titled: 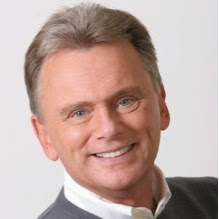 After discussing how AGW has become like a religion for both sides. But the nub is his challenge for the True Believers of the Church of Manmade Global Warming. He puts them at about a third of the population. Take it away, Pat:

The other two-thirds are merely ignorant, so they can hardly be blamed for their actions.

Now, if those True Believers would give up their cars and big homes and truly change the way they live, I can’t imagine that there wouldn’t be some measurable impact on the Earth in just a few short years. I’m not talking about recycling Evian bottles, but truly simplifying their lives. Even if you were, say, a former Vice President, you would give up extra homes and jets and limos. I see communes with organic farms and lives freed from polluting technology.

Then, when the rest of us saw the results of their actions—you know, the earth cooling, oceans lowering, polar bears frolicking and glaciers growing—we would see the error of our ways and join the crusade voluntarily and enthusiastically.

How about it? Why wait for governments to change us? You who have already seen the light have it within your grasp to act in concert with each other and change the world forever. And I hate to be a scold, but you have a special obligation to do it because you believe it so strongly. Then, instead of looking at isolated tree rings and computer models, you’d have real results to point to, and even the skeptics would see the error of their ways and join you.

So start Tweeting each other and get the ball rolling. We’ll anxiously await results. See, I told you I had the solution. My work here is done.
Posted by Geoff on August 05, 2010 1 comment:

Farmers, Foresters and Fishermen are having their rights removed by extreme environmental laws.
Businesses are bankrupted, suicides often result and people are killed through these Green laws.

Its time to change the culture.

Wind Power has been killing birds, bats and doesn`t work for a large percentage of the time.
The Green ideology says it's the answer - It's not.
Stop the carnage to birds and bats and useless waste of taxpayers' funds -
Vote 1 - The Climate Sceptics


If you wish to donate funds to assist with broadcasting these TV ads, either send a cheque or Direct deposit into Westpac BSB 035612 A/C 239469 The Climate Sceptics' main account.
Posted by Geoff on August 05, 2010 No comments:

People are good for the environment