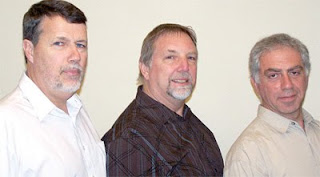 Bennelong Sceptics Party candidate Bill Pounder of Gladesville has attacked prime minister Julia Gillard’s stand on “moving forward back-wards” on global warming and climate change.
He said Julia Gillard had said “I believe in climate change” and yet “she is too gutless to make decisions on the strength of this conviction”
“Her ‘consensus committee’ of 150 supposedly unbrainwashed ‘’randomly selected’ indivi-duals is an insult to the very democratic process that this election represents”.
Mr Pounder said incumbent MP Maxine McKew gloated over the deposing of former Liberal PM John Howard but firmly aligned herself with the failed PM Kevin Rudd whom she found compelling when others in her party could see him as a complete dud.
“True to form, Ms McKew also finds climate change to be a compelling issue when wiser heads would approach with healthy caution”, Mr Pounder said.
Posted by Geoff on August 04, 2010 No comments: