We know that when Eric the Red found pasture-land in Greenland the temperatures must have been warmer than today. The archeological dig GUS (Gårdet under Sandet) proved their existence. 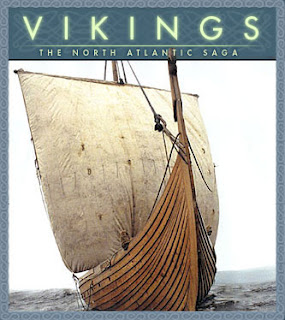 Now, a new PEER-REVIEWED paper confirms that Medieval Warming peak sea surface temperatures adjacent to Greenland were some 3°C higher than modern temperatures, both in the winter and summer.

What was learned
Bonnet et al. report that the sea surface temperature (SST) histories they developed via the two techniques they employed were "nearly identical and show oscillations between -1°C and 5.5°C in winter and between 2.4°C and 10.0°C in summer," and their graphical results indicate that between 2500 and 250 years before present (BP), the mean SSTs of summers were warmer than those of the present about 80% of the time, while the mean SSTs of winters exceeded those of current winters approximately 75% of the time, with the long-term (2250-year) means of both seasonal periods averaging about 2°C more than current means.

Long-term global cooling began in 2002, according to a just-released study in the Journal of Cosmology, a peer-reviewed publication produced at Harvard-Smithsonian’s Center for Astrophysics. Man-made global warming was real and dangerous, the study finds, but the danger has passed.

The study, authored by Qing-Bin Lu, a rising star at the Department of Physics and Astronomy at the University of Waterloo in Canada, explains why climate models have been so spectacularly wrong in trying to tie the global warming of the last half of the 20th century to CO2 — the climate modelers fingered the wrong culprit when they targeted CO2. The true culprits, Dr. Lu explains, were CFCs, the now banned substances that until the 1990s had been a refrigerant and propellant to products as diverse as air conditioners and hair spray cans.

Fortunately for the globe, environmentalists had CFCs banned because of their role in depleting the ozone layer, not realizing that the ban was simultaneously solving the global warming threat.

According to Dr. Lu, the phase-out of CFCs will be reversing the global warming effect by ushering in a 50 to 70-year period of global cooling.
Posted by Geoff on July 09, 2010 No comments: