Prof Phil Jones has been re-instated! 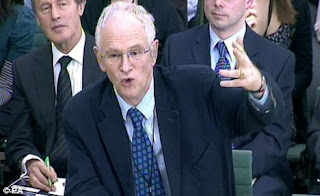 Secretive and unhelpful. But scientist in Climategate storm STILL gets his job back

http://www.dailymail.co.uk/news/article-1292703/Climategate-scientist-Phil-Jones-STILL-gets-job-back.html#ixzz0t4Rz7BRl
Professor Phil Jones was suspended as head of the influential Climatic Research Unit at the University of East Anglia last year after leaked emails appeared to show his team manipulated data and blocked Freedom of Information requests. But he was reinstated after a six-month inquiry cleared him and colleagues of wrongdoing and concluded their 'rigour and honesty' was not in doubt.

Dr Benny Peiser, director of the sceptical Global Warming Policy Foundation, said that the conclusions were unlikely to restore confidence in climate science. He added: 'There is clearly strong evidence of mishandling of the requests and strong criticism of the university's failure to provide data and information. I don't think the university can just claim that this is a vindication.'

Lord Lawson, ex-Chancellor of the Exchequer and now chairman of the Global Warming Policy Foundation, said the scientists failed to be objective with data. He added: 'This was not due to them being dishonest but they are being so carried away by the cause that they behaved in a way that scientists should not have done.'


'Sceptics claimed report was a whitewash and questioned the reinstatement of Prof Jones. David Holland, one of the leading sceptics on the blogosphere, pointed out that Prof Jones referred to deleting emails in one of his communications. 'Would you trust a man who has asked to delete evidence?Benny Peiser,' he said'
========================================
Secretive and unhelpful. But scientist in Climategate storm STILL gets his job back


http://www.dailymail.co.uk/news/article-1292703/Climategate-scientist-Phil-Jones-STILL-gets-job-back.html
The scientist at the heart of the 'Climategate' scandal got his job back yesterday, despite being criticised by the official inquiry for being secretive and unhelpful.

Gee, really? Some-one that wanted e-mails to be deleted was "secretive and unhelpful?" 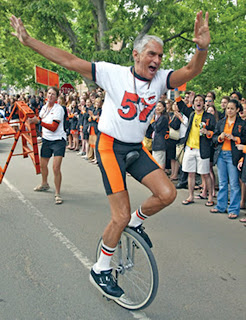 (Jay Lehr holds a degree in Geological Engineering from Princeton and has written 19 books and over 900 journal articles in his fields of expertise. On 36 occasions, Dr Lehr has testified before the US Congress to explain the realities of environmental issues as they relate to pending legislation.)

Jay has commented on the ClimateGate Whitewash:

“It is often said in politics that the cover-up is worse than the crime. The so-called ‘Independent Climate Change Email Review’ headed by Sir Muir Russell is another attempt to ignore, deny, and excuse the misconduct of the East Anglia University Climate Research Unit and the cabal of crooked scientists who fed the global warming delusion. It is an even sadder commentary on science today than the actual collusion and fraud that was clearly perpetrated.

“The Russell report shows that in some places it is deemed business as usual for researchers to force their work in the direction they and their financial supporters desire. As recently as 50 years ago, such scientists would be blackballed for such conduct.

“The real result of all of this will not be a clean reputation for the East Anglia group and its cohorts elsewhere but rather a dramatically reduced faith on the part of the public in the important work of scientists throughout the world.”
Posted by Geoff on July 08, 2010 No comments: