It's Coming to the Alarmists!

Oh dear! It's coming to the Alarmists! (Did I miss the SH?)

As third Climategate report is published, even computer models turn against AGW alarmists
by Gerard Warner

Many of you, I know, will find it almost impossible to sleep tonight: the climactic excitement attending tomorrow’s publication of Sir Muir Russell’s vindication – sorry, investigation – of the scientists at the University of East Anglia’s Climate Research Unit is too pulse-quickening. 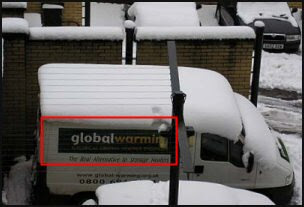 This will turn the number of inquiries into a hat trick. The general expectation is that this one will be as big a whitewash as its predecessors.

Warner goes on to say that Climategate didn't quietly disappear, then the Copenhagen Car crashed.

"There have also been many instances of institutions retreating from their formerly uncritical endorsement of AGW to a more nuanced position; even the Royal Society has been obliged by fellows to go through these motions. The AGW establishment has now come to the realisation it must adopt a new tone."

And now, the computer models are proving a problem for the alarmists.

"Despite the known proclivity of computer models to come up with the findings they have been programmed to produce, Hulme (Mike Hulme, professor of climate change at the University of East Anglia) is conceding that more sophisticated versions are refusing to record the desired result, but in fact the reverse. If even the alarmists’ own tame technology, due to improved accuracy, is refusing to comply with their wish list of global warming symptoms, then the game is well and truly up."
Posted by Geoff on July 06, 2010 No comments: