The "Watts up with the Climate" tour has kicked off at two meetings in Sydney and Townsville and is creating much interest as Anthony Watts also checks out the local weather stations in each city he visits. 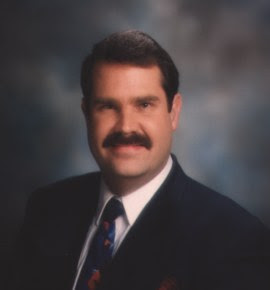 His results show that in approx 90% of cases, the weather recording stations are not being placed to the expected requirements and in fact most are likely to show a warming bias in recent years because they get moved or incinerators, air conditioners, concrete, bitumen and other warming factors crowd in on them. Australian Stations like Sydney and Melbourne are no exceptions.

Anthony Watts is touring 18 cities Australian wide and while audience sizes have been modest to date the meetings have been very useful in informing the public more about the Anthropogenic Climate Change issue. To see the tour schedule, please visit:


Leon Ashby, President of the newly registered Climate Sceptics Party gave an introduction to the Sydney meeting explaining his experience with the Kyoto Treaty being used as an excuse to remove his property rights in Qld , but in the ten years since then, no carbon credits ever arrived to pay for the timber locked up under the laws brought in.

This experience shows there is no justice involved with this issue.

Also at Sydney's meeting, Canberra economist Tim Curtin, who has worked for the EU and the World Bank illustrated the correlation between higher atmospheric levels of CO2 and higher world food production. He also noted how the IPCC wanted to reduce CO2 levels to such a low that food production itself becomes threatened.

David Archibald, an Australian scientist, presented a compelling presentation on how the sun influences our climate and why the world will continue cooling and why carbon dioxide won’t make a detectable difference. He showed a number of historically recorded indicators that all point towards the earth cooling substantially in the next decade. All these indicators cannot be dismissed at hype because they are based on evidence. They are however at odds with alarmists’ arguments and hype .

Anthony Watts, founder of the popular website www.wattsupwiththat.com , who classified himself as ‘a bit green’ delivered a presentation of his photographic survey of 1221 weather stations in the USA. He showed how almost 90% of the stations did not meet ‘positioning’ standards by being placed very close to heat sources such as buildings, machinery and various other urban influences. Anthony examined Michael Mann’s ‘hockey stick’ graph and how it was largely influenced by one particular tree, whilst the majority of the available tree ring data was suppressed.

Peter Ridd from James Cook University made a presentation on how the Great Barrier reef is in top shape and the claims about unusual damage to the Reef from Climate are pure scaremongering.

All the presentation have been well received by the audiences.

For an Interview with Anthony Watts or David Archibald including comments on the weather stations at each Australian city, just phone 0410 664 853