David Karoly, You are wrong, again

On Radio Australia, Professor David Karoly in an interview with Di Bain: 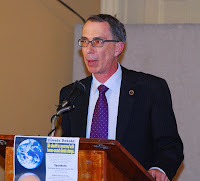 DI BAIN: How does the person who isn't adept in the science know what figures to trust, especially after the recent IPCC errors and the climate change email scandal last year?

DAVID KAROLY: As far as I'm aware, there is only one error of substance in the IPCC assessments which was a mistake and has been admitted to in terms of the timing for the Asian glaciers, or Himalayan glaciers to disappear.

Note that the Interviewer is aware of more than one error. Perhaps she had read the World Climate Report:
http://www.worldclimatereport.com/index.php/2010/02/16/another-ipcc-error-antarctic-sea-ice-increase-underestimated-by-50/
Another IPCC Error: Antarctic Sea Ice Increase Underestimated by 50%

Several errors have been recently uncovered in the 4th Assessment Report (AR4) of the Intergovernmental Panel on Climate Change (IPCC). These include problems with Himalayan glaciers, African agriculture, Amazon rainforests, Dutch geography, and attribution of damages from extreme weather events. More seem to turn up daily. Most of these errors stem from the IPCC’s reliance on non-peer reviewed sources.

Or perhaps Di Bain had read the UK Telegraph:

But this paper has discovered a series of new flaws in it including:

* The publication of inaccurate data on the potential of wave power to produce electricity around the world, which was wrongly attributed to the website of a commercial wave-energy company.

* Claims based on information in press releases and newsletters.

* New examples of statements based on student dissertations, two of which were unpublished.

* More claims which were based on reports produced by environmental pressure groups.

A new poll has revealed that public belief in climate change is weakening.The panel’s controversial chair, Rajendra Pachauri, pictured right, is facing pressure to resign over the affair. 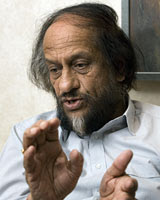 Rajendra Pachauri, in 2007 insisted that the quality of the science "is absolutely first rate. You know there may be someone who knows a lot about glaciers. We will get him to write something on glaciers and send it to the writing team. "
http://in.rediff.com/news/2007/jun/05inter.htm
and then goes on to mention peer-reviewed - "The IPCC doesn't do any research itself. We only develop our assessments on the basis of peer-reviewed literature."

Again in 2008 he insisted that the IPCC process was based on peer-reviewed.

"People can have confidence in the IPCC's conclusions," he said."Given that it is all on the basis of peer-reviewed literature. I'm not sure there is any better process that anyone could have followed."

Roger Pielke Jr explains that movement of the IPCC away from peer-review on his blog:


Research by No Frakking Consensus
http://nofrakkingconsensus.blogspot.com/2010/03/great-peer-review-fairy-tale.html
Posted by Geoff on March 08, 2010 1 comment: