Dubious Defender of the Scientific Faith

Christopher Booker in the UK Telegraph writes that some of US's top "warmists" are planning a counter-attack on the “climate sceptics."

“We’re not in a gentlepersons’ debate, we’re in a street fight against well-funded, merciless enemies who play by entirely different rules,” says Paul Ehrlich of Stanford University.

As treasurer of the Australian Climate Sceptics party, I can only wish that we were well funded. When we look at funds for the warmists, Jo Nova says, in her reply to the Clive Hamilton Drum items, that the US alone has spent US$79 billion in the past 20 years. 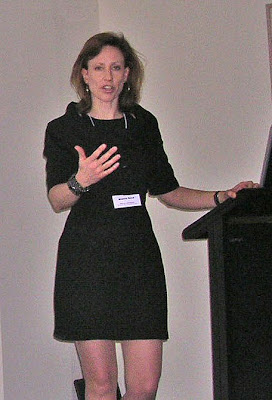 The $79 billion figure does not include money from other western governments, private industry, and is not adjusted for inflation. In other words, it could be…a lot bigger.

Today we can also read of the afforementioned Paul Ehrlich.

Paul Ehrlich is the quintessential “Intellectual Moron” as author Daniel Flynn calls it. Since he came on the national scene in 1968 with the book The Population Bomb, Ehrlich has been wrong on virtually everything has predicted about the future state of the world. He’s the Bernie Madoff of science. If he were a mutual fund investment banker, he would have been fired by his employer, have a bounty on his head by every one of his unfortunate clients, and probably his own jail cell.
Posted by Geoff on March 07, 2010 No comments: