Judicial Watch (Promoting Integrity, Transparency and Accountability in Government, Politics and the Law) have obtained Records of NASA-GISS’s internal correspondence. Hot on the heals of ClimateGate, HimalayaGate etc do we have another "gate" here? (22/4)

"Records of NASA’s internal correspondence surrounding this controversy were obtained in a partial response to a FOIA request filed in December 2009 by Judicial Watch. This month, NASA officials informed Judicial Watch that the remaining documents responsive to our request have been posted online at the NASA GISS website."


My biggest worry is China. CMA don’t measure at airports, and they keep moving suburban locations a few more miles out as the cities expand. I was there a month ago to give some talks. I’ve sent them all the CRU data for China, in the hope that they will reciprocate at some point and send me their adjusted data. (for site moves, but not urban influences). They are doing some reasonable work, but not seeing the big picture…


The big picture being that the Alarmists want to Alarm.
Posted by Geoff on April 23, 2010 No comments:

Renowned meteorologist Anthony Watts is including Emerald in his Australian Tour

David Archibald – an Australian–based scientist operating in the fields of climate science, cancer research and the author of Solar Cycle 24 – Why the world will continue cooling and why carbon dioxide won’t make a detectable difference.

A PUBLIC FORUM On the issue of "Climate Change/Global Warming 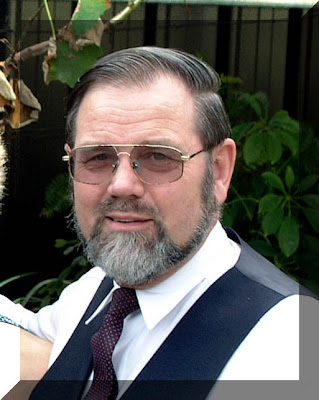 On the issue of

at "The All Seasons" McIvor Highway, Bendigo

"Take A Look on the Other Side"

climateforum@impulse.net.au
Posted by Geoff on April 22, 2010 No comments:

The Christian Science Monitor (20/4) has reported a fraud in the Carbon Offset Market.

A company called GreenSwitch was selling "green power" certificates. Very noble of them, NOT! They didn't buy the renewable energy in the first place.

"In January, the Australian Competition and Consumer Commission (ACCC) ordered GreenSwitch's parent company, Global Green Plan, to buy 4,000 certificates at a cost of about US$128,000. Then the agency took offsetter Prime Carbon to court over false claims it was affiliated with the National Stock Exchange and approved by the Australian government."

Point Carbon http://www.pointcarbon.com/news/1.1438065 pointed out the same day that "Carbon credits stolen during a phishing scam were transferred to accounts in Denmark and the UK."

Meanwhile, the Huffington Post (20/4) asks: "Can Carbon Offsets Save the Planet? Don't Bet on It"
http://www.huffingtonpost.com/john-yemma/can-carbon-offsets-save-t_b_544547.html

The article is written by the Editor of the Christian Science Monitor.

Which leads me to the question - Are Christian Scientists the only Scientists we can trust these days?
Posted by Geoff on April 22, 2010 No comments:

IPCC report is inaccurate and dishonest

A third of the IPCC report is inaccurate and dishonest

A Press release by the President of Australia's Climate Sceptics Party

In 1922 there was a concern that the globe was overheating
In 1970 the scare was that an ice age was looming.
Now we have climate scares come and go regularly. Mixed with other scares such as running out of fossil fuels and mass species extinctions.

So, to know if these scares are real or not, we need truthful hard nosed science that can be relied upon.

So let's examine the 2007 Climate Change report by the IPCC.
Forty researchers from 12 countries have just checked out every one of the 18,531 scientific sources cited. They found that almost a third of them – 5,587 – were not peer-reviewed at all, but came from newspaper articles, student theses, even propaganda leaflets and press releases put out by green activists and lobby groups.
On top of this the IPCC predictions of Global Temperatures rising from 1998 has not eventuated for over a decade.
And the predicted sea level rise has stopped over the last 4 years.

Therefore the "accepted" science of the IPCC is not science at all. It's a politicised, compromised and deceitful compilation of misinformation and scares. In reality the word science should not be associated with it. Science fiction would be more appropriate.
Unfortunately our Prime Minister has swallowed this report unquestioningly AND he will still use it as the reason to bring in an ETS if he wins the next election.

http://www.climatesceptics.com.au/
Posted by Geoff on April 22, 2010 No comments:

As AFP (Link in title) points out today, the Iceland Volcano Eyjafjallajökull is emitting up to 300,000 tons of carbon dioxide per day, which, if extrapolated to an annual amount (15 million tons) would be similar to the emissions of Austria, Belarus,Denmark or Portugal.

However, as the UK Times on line points out, The grounding of 63,000 flights over the past four days has saved 1.3 million tonnes of carbon dioxide, more than the annual emissions of many developing countries.

So, Eyjafjallajökull emits 300,000 over 4 days ie 1.2 million tonnes while grounded planes saved 1.3 million tonne - hey, a reduction. Now, if we could get a few more volcanic eruptions happening around the globe, we could get the Gores and Greens of our back.

For a more serious look at Volcanoes, see Andy's Rant :
http://www.andylsemple.com/index.php?page_id=blog&blog_id=29
Posted by Geoff on April 20, 2010 No comments: 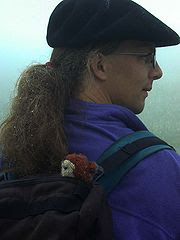 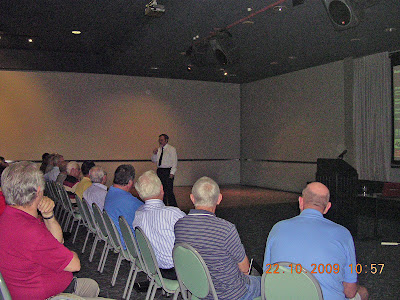