The Bogus Artcles in the Guardian

The Deniers are at it again! The Guardian is denying the Climategate e-mails.

In an article by Fred Pearce we find the following tripe:

Well, at least that's their headline. If you're only vaguely interested, you'd glance at this, say, OK the climategate scientists were right and then move on. But in the next paragraph, we see that the emails "stolen (leaked?) from the University of East Anglia, which revealed apparent attempts to cover up flawed data; moves to prevent access to climate data; and to keep research from climate sceptics out of the scientific literature.

Well, did they try to keep dissenting views out of peer-reviewed publications? YES!

Did they have a process of you show me yours and I'll show you me and we both review each other? YES

Did they suppress dissenting views by their own colleagues? Yes.

Miskolczi is one example. Karoly/Nicholls is another (of many) http://agmates.ning.com/group/climatscepticsparty/forum/topics/karoly-kaught-out
Posted by Geoff on February 11, 2010 No comments:

Email ThisBlogThis!Share to TwitterShare to FacebookShare to Pinterest
Labels: Guardian

"This is a blatant attack on democracy," he said. "Not only are they attempting to stifle political dissent, the same law makes it harder for new parties to form and bans cheap stobie pole campaigning for future elections."

"These changes in the law were supported by the Liberals and the Greens, and are clearly aimed at silencing protest and squashing small groups before they can get traction. We as a state community need to challenge our power hungry politicians who want to rule rather than serve". I notice the legislation was not flagged publicly which is another part of politics that concerns me. Sneaking in new legislation hoping the public doesn`t notice.

"That is why I'm asking for other independents and minor parties to join me in campaigning against these draconian laws and calling for people to vote against the major parties that brought the legislation in."

Neither is Mr Ashby impressed by Attorney-General Michael Atkinson's promise not to enforce the new laws following public backlash.

"The Government is promising they will repeal the law they themselves have just imposed - but only after the election. They clearly will do whatever they can get away with - without regard for proper democracy".
Mr Ashby is standing for election as a Member of the Legislative Council in SA. The Climate Sceptics stand for "Truth before Politics" and "Common sense before ideology" and will look at every issue on its merits with truthful analysis and a practical cost effective approach. Freedom of speech, open public debate, and greater transparency in government decisions are some of core principles of the group soon to be registered as a federal political party. 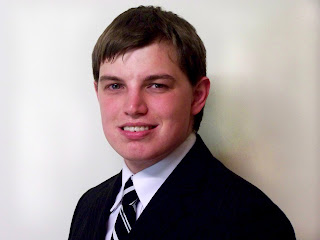