YOU HAVE BEEN CONNED! Drs. Miskolczi and Zagoni respond to the Department of Climate Change

Miklos Zagoni is a Physicist and Science Historian at Eotvos Lorad University, Budapest
Dr Zagoni is an associate of Dr Miskolczi - He is a physicist, IPCC 2007 AR4 WG1 reviewer, governmental climate adviser. Recently he lost his job because of his scientific conviction.
He is a well-known science writer from Hungary. He participated in the Hungarian Academy of Science’s climate change project and was the expert-reporter of three documentary films on that project. His list of publications, interviews, papers, and book chapters on the issue is more than 200 items (most of it in Hungarian).

Doctor Zagoni responds to the Department of Climate Change:

Thanks for the great move --- the Australian Government starts to take us seriously.

Their answer is wrong and irrelevant. It (does) not include(s) a refutation or counter-data to Miskolczi's results.
All of their statements on past events are speculations, hypotheses:

- No one knows what was the atmospheric integrated water vapor amount during glacial or inter-glacial times.

- There is simply no data about water vapor content in the air from 1850, so their statement on this is a simple lie.

- During the past sixty years (when we have atmospheric humidity data), this quantity decreases, about 1%. This fall was enough exactly to counter the increase in CO2.
Some further details.

-- Dr. Miskolczi's physical and mathematical apparatus is able to compute the greenhouse effect on any atmopsheric compositions. If the Australian Government, or their experts are able to provide us with the integrated vertical column amount of the water vapor and the temperature distribution of the atmosphere in galcial / or interglacial, / times, we are able to produce the greenhouse effect of those atmospheres. Assumptions on 50% or any warming response is nothing else then pure speculation.

-- There are no absolute humidity data since 1850. As this is the most important greenhouse gas, the statement that to total amount of GHG's has increased is groundless.

-- Since 1948 (from the beginning of airplane measurements), in the first two decades the water vapor content has decreased, later showed some stabilized circumstances, and in the last twenty years it has increased a while. Over the whole period an about 1% decrease has happened. The whole process maintains a greenhouse effect equals to the theoretical unperturbed equilibrium, within 0.1 degree Celsius difference.

-- There is no known observation inconsistent with Dr. M.'s results. 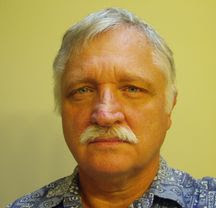 The government's comment on my results are irrelevant. They are free to check and refute the paper if they can. Probably they have the resources to do so. -- NASA could not do it here in the USA for more than five years.

Anyway, no need to bring in the reputations of journals or the opinion of mostly government paid scientists. You may show them my resignation letter from NASA (attached). They should read this if they want to comment the freedom of publication of new climate change related results.

In addition attached please also find a summary of the publication history of my paper. In case you need, I also have the detailed e-mail communication with the editors (history.txt) .

And my last comment is related to the attached sceptic.pdf figure. Show this to them. They may see that no one need to develop a complex greenhouse theory to challenge the IPCC consensus. Data from the most reliable sources indicate that the atmospheric IR absorption is constant in the last 61 years, while the CO2 increased by about 25 per cent. The only thing you need to create such a figure is the correct computation of the atmospheric absorption. Probably your government - supported scientists can do that. Ask them to do it - instead of just talking, let the numbers talk. This would not cost millions of dollars. If they have their results then we shall have something to talk about. Until then I consider the AGW as a lie which serves as a main reason to tax the people on their use of energy.