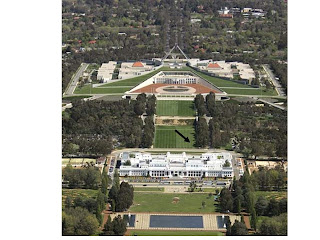 The Emissions Trading Scheme will be voted on in the Senate this Thursday, 13th Aug

A protest against it will commence from 9.30 am (assembly time) behind Old Parliament House, then marching to the precinct in front of Parliament house to hear speeches, poems & songs from 10 am.

Speakers will outline the costs of an ETS which includes:


• Fuel prices will initially rise at least 10% but then increase much higher from there;

• Food and transport costs will rise 10 - 25% then rise further from there;

• Unemployment will reach over 20% (Spain has just reached 18% , but Australia is more fossil fuel reliant so we will be looking at higher unemployment rates)

• Australia will lose billions of dollars from coal and mining exports

• The ETS will be mostly regulations controlled by the parliament so exact prices for carbon, and the percent amount of emissions reductions can be increased by a government (in control of both houses) at will.

All these costs could be voted into force by the senate on Aug13th despite the fact that there is conclusive scientific evidence that CO2 causes climate.

Schedule of Protest in Canberra - Aug13th
Everyone who is against the ETS for whatever reason is welcome to attend the protest / rally.
Various speakers will outline the reasons they are against an emissions trading scheme.

Barnaby Joyce, and Wilson Tuckey will be two of the speakers at the event.

Placards, balloons and speakers are being finalised.

Many people will stay for the vote in the senate to hopefully see it being voted against.

Please bring a placard with a fun or serious comment on it.


About 15 large helium filled balloons will be released as part of the event - with a different reason why the ETS should be rejected written on each one.

The program will be
9.30am Assemble at the point designated in the attached photo.
9.45am March 400 metres to precinct in front of Parliament House.
10 am Speeches , songs and poems
At the end of speeches (11am?) balloons released
11.30 am Lunch & socialising in the Parliament House cafeteria
After lunch - sitting in the Senate chamber watching the debate & the vote process.
6 pm Meet at Canberra Yacht club (Marina Place 500 metres NW of Parliament House near waters edge) to watch various evening news services to see how the ETS vote gets reported.

We would love to see you there