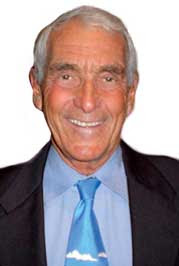 Dr. Jay Lehr is a powerful, entertaining speaker who combines a deep understanding of both science and economics in describing the impact of advancing technologies on the local, regional, national, and global economy. Economist and Futurist Dr. Jay Lehr makes people feel good about the environment and American Agriculture. He combines 5 decades of expertise and experience in Agricultural Economics, Agronomy, Environmental Science and Business Administration with the most contagious enthusiasm for the future of the American Farm and Ranch.

Jay Lehr, PhD will be visiting a centre near you in Australia next month.
Tour dates will be announced here soon.

Here are some extracts from his "A Primer on Global Warming: Dispelling CO2 Myths."

The scientific facts clearly show carbon dioxide is a good thing, not something we should fear.

CO2 is not a pollutant.

On the contrary, carbon dioxide makes crops and forests grow faster. Satellite mapping shows the Earth has become about 6 percent greener overall in the past two decades, with forests expanding into arid regions. The Amazon rain forest was the biggest gainer, with two tons of additional biomass per acre per year.

The world will laugh when we finally understand the pursuit of economic ruin in the name of saving the planet from carbon dioxide has been a terrible joke. It is an unarguable fact that the portion of the Earth’s greenhouse gas envelope contributed by man is barely one-tenth of 1 percent of the total.

Do the numbers yourself. Carbon dioxide is no more than 4 percent of the greenhouse gas envelope—with water vapor being more than 90 percent, followed by methane and sulfur and nitrous oxides. Of that 4 percent, man contributes a little more than 3 percent. Three percent of 4 percent is .12 percent, and for that we are sentencing people to numerous damaging economic impacts.

Could we be wrong about global warming?

From the USA Today SCIENCE FAIR web-site:
Could the best climate models -- the ones used to predict global warming -- all be wrong? Maybe so, says a new study published online today in the journal Nature Geoscience. The report found that only about half of the warming that occurred during a natural climate change 55 million years ago can be explained by excess carbon dioxide in the atmosphere. What caused the remainder of the warming is a mystery.

Well, well, well - could the BEST climate models be wrong?

"In a nutshell, theoretical models cannot explain what we observe in the geological record," says oceanographer Gerald Dickens, study co-author and professor of Earth Science at Rice University in Houston. "There appears to be something fundamentally wrong with the way temperature and carbon are linked in climate models."

The conclusion, Dickens said, is that something other than carbon dioxide caused much of this ancient warming. "Some feedback loop or other processes that aren't accounted for in these models -- the same ones used by the Intergovernmental Panel on Climate Change for current best estimates of 21st century warming -- caused a substantial portion of the warming that occurred during the PETM." (“Palaeocene-Eocene thermal maximum”)

All this in a peer-reviewed Journal -Nature Geoscience.
Posted by Geoff on July 16, 2009 No comments: