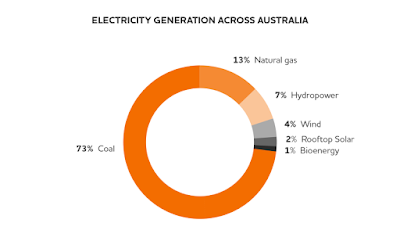 Australia relies heavily on Fossil Fuel energy, especially coal. Unreliable Wind and Solar account for only 6%. As our coal-fired power stations age and reach their final days, there are no plans to replace them.

Our two major political parties are talking of raising the balance of unreliables to 26-50%. Do these clowns really believe that is achievable? 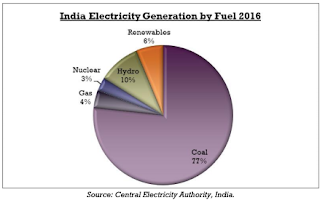 Meanwhile, India's Electricity generation is similar to Australia's with Unreliables at 6% and coal at 77%. And Indian has increased their coal mines by 52 in the last 5 years.

Sanjay Dutta, writing in The Times of India: