Is the recent extinction of some species rare? NO!

A recent post on these pages, which was protested by one of our members, showed a scrawny old polar bear and said that many species are being made extinct.

Well, to a certain extant, that is true, eg (link)


Scientists announced that three bird species vanished from the Earth for good in 2018.


Mass extinctions—when at least half of all species die out in a relatively short time—have happened a handful of times over the course of our planet's history. The largest mass extinction event occurred around 250 million years ago, when perhaps 95 percent of all species went extinct. 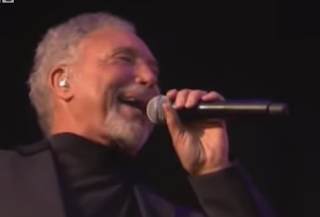 
The Intergovernmental Science-Policy Platform on Biodiversity and Ecosystem Services (IPBES), which produced the report, is a political organisation not a scientific one. Just like its sister organisation the Intergovernmental Panel on Climate Change — IPCC — in fact.
As Donna Laframboise notes here, both exist purely to give a fig leaf of scientific credibility to the UN’s ‘sustainability’ agenda.

When the IPBES was established in 2010, we were informed point blank that its purpose was “to spearhead the battle against the destruction of the natural world.”
In other words, there’s all sorts of deception here. This is no sober scientific body, which examines multiple perspectives, and considers alternative hypotheses. The job of the IPBES is to muster only one kind of evidence, the kind that promotes UN environmental treaties.
That’s how the United Nations works, folks. Machinations in the shadows. Camouflaging its political aspirations by dressing them up in 1,800 pages of scientific clothing.

This is the usual suspects crying wolf. Again
No one would dispute that habitat loss is a problem for plants and animals. But it’s a big stretch from there to suggest that a million species are ‘threatened’ with actual extinction. The ‘E’ word has long been overplayed by environmentalists because it’s so dramatic and final and because everyone has heard of the dodo. There is no evidence whatsoever, though, that the world is heading for its so-called Sixth Great Extinction. As Willis Eschenbach once pertinently asked at Watts Up With That? –