Australian Government warned of the pit-falls of Agenda 21. 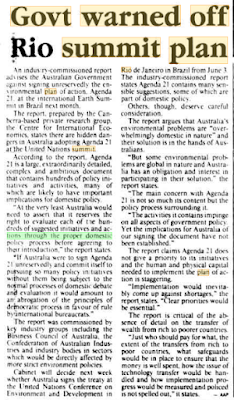 
"according to the report, agenda 21 is a large, extraordinarily detailed, complex and ambitious document that contains hundreds of policy initiatives and activities, many of which are likely to have important implications for domestic policy.

"At the very least Australia would need to assert that it reserves the right to evaluate each of the hundreds of suggested initiatives and actions through the proper domestic policy process before agreeing to their introduction," the report states. 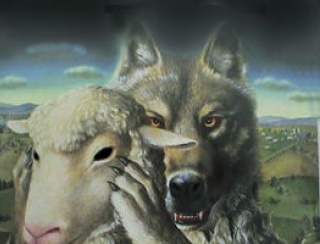 Twenty Five Years later we have not learned the lessons from this 1992 report. Ministers are in denial that Agenda 21 exists {See Agenda 21: Shutting the debate down - Greg Hunt, the  [then] Shadow Minister for Climate Action, Environment and Heritage}

A few years ago,  Dr Amy McGrath OAM wrote a book "Wolves in Sheep's Clothing." Dr Amy McGrath's book is a revelation of Fabianism, George Soros, The Club of Rome, GetUp and Agenda 21. Read about it -here The Fabian Societies and Agenda 21.
H/t Vivienne