New Study By German Physicists Concludes We Can Expect Climate Cooling For Next 50 Years!

In a just published study in The Open Atmospheric Science Journal here, German scientists Horst-Joachim Lüdecke and Carl-Otto Weiss have used a large number of temperature proxies worldwide to construct a global temperature mean over the last 2000 years, dubbed G7, in order to find out more about the sun’s role on climate change.
Their results drop a huge surprise on the laps of scientists who have long believed the earth is warming due to human-emitted CO2.
The analysis by the German scientists shows the strongest climate cycle components as 1000, 460, and 190-year periods. The G7 global temperature extrema coincide with the Roman, Medieval, and present optima, as well as the well-known minimum of AD 1450 during the Little Ice Age.

Water Vapour  Climate Forcing ‘Up To 200 Times’ Greater, ‘Overrides Any Effect By CO2’ 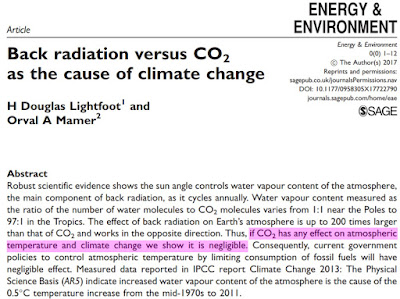 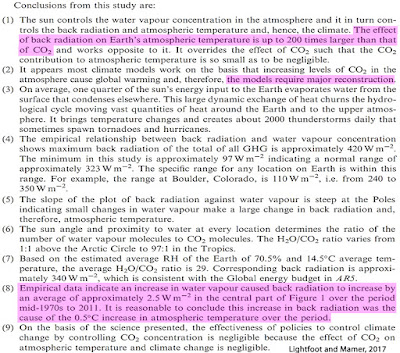