The framing of a fraud: Turning Science on its head. 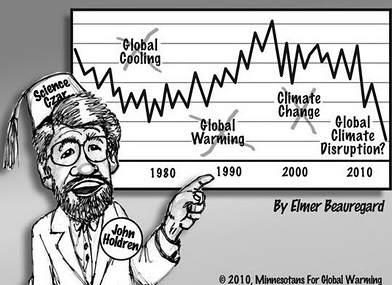 Turning Science on its head.

The steps of the Scientific Method:


However, although temperature increases before CO2 in every single record, the UNFCCC/IPCC started out with the hypothesis that human CO2 was driving temperatures upward.

Note the similarity  to (then) UNFCC chief Christiana Figueres in February 2015: (link)


Our aim is not to save the world from ecological calamity but to destroy capitalism.


And again, in 1993, Senator Tim Wirth (Wirth organized the 1988 Senate hearing at which James Hansen addressed global warming, and he led the U.S. negotiating team at the Kyoto Summit.)

An inconvenient truth – this now has been deleted

The document The First Global Revolution - Club of Rome's 1991 Report has been deleted.

Before deletion, on P75:

Back to Maurice Strong. Elaine Dewar wrote the book


‘a change of climate which is attributed directly or indirectly to human activity that alters the composition of the global atmosphere and which is in addition to natural climate variability observed over considerable time periods. (link)

Again this is the IPCC turning science on its head and shows demonstrably that science is NOT in the driver’s seat at the IPCC.
Michael Mann turned Science on its head.
Michael Mann's "hockey stick" graph which, in1998, turned climate history on its head by showing that, after 1,000 years of decline, global temperatures have recently shot up to their highest level in recorded history. The fraud in Mann’s hockeystick was exposed by McIntyre & McKitrick when they fed numbers from the Canadian phone book into Mann’s model and they produced a hockey stick.