Richard Lindzen -Thoughts on the Public Discourse over Climate Change 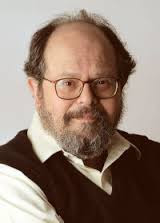 For over 30 years, I have been giving talks on the science of climate change. When, however, I speak to a non-expert audience, and attempt to explain such matters as climate sensitivity, the relation of global mean temperature anomaly to extreme weather, that warming has decreased profoundly for the past 18 years, etc., it is obvious that the audience’s eyes are glazing over. Although I have presented evidence as to why the issue is not a catastrophe and may likely be beneficial, the response is puzzlement. I am typically asked how this is possible. After all, 97% of scientists agree, several of the hottest years on record have occurred during the past 18 years, all sorts of extremes have become more common, polar bears are disappearing, as is arctic ice, etc. In brief, there is overwhelming evidence of warming, etc. I tended to be surprised that anyone could get away with such sophistry or even downright dishonesty, but it is, unfortunately, the case that this was not evident to many of my listeners. I will try in this brief article to explain why such claims are, in fact, evidence of the dishonesty of the alarmist position.

Richard Lindzen's address is worth a read.

He addresses the following points:


The accumulation of false and/or misleading claims is often referred to as the ‘overwhelming evidence’ for forthcoming catastrophe. Without these claims, one might legitimately ask whether there is any evidence at all.

Despite this, climate change has been the alleged motivation for numerous policies, which, for the most part, seem to have done more harm than the purported climate change, and have the obvious capacity to do much more. Perhaps the best that can be said for these efforts is that they are acknowledged to have little impact on either CO2 levels or temperatures despite their immense cost. This is relatively good news since there is ample evidence that both changes are likely to be beneficial although the immense waste of money is not.

I haven’t spent much time on the details of the science, but there is one thing that should spark skepticism in any intelligent reader. The system we are looking at consists in two turbulent fluids interacting with each other. They are on a rotating planet that is differentially heated by the sun. A vital constituent of the atmospheric component is water in the liquid, solid and vapor phases, and the changes in phase have vast energetic ramifications. The energy budget of this system involves the absorption and reemission of about 200 watts per square meter. Doubling CO2involves a 2% perturbation to this budget. So do minor changes in clouds and other features, and such changes are common. In this complex multifactor system, what is the likelihood of the climate (which, itself, consists in many variables and not just globally averaged temperature anomaly) is controlled by this 2% perturbation in a single variable? Believing this is pretty close to believing in magic. Instead, you are told that it is believing in ‘science.’ Such a claim should be a tip-off that something is amiss. After all, science is a mode of inquiry rather than a belief structure.


Richard Lindzen is the Alfred P. Sloan Professor of Atmospheric Sciences, Emeritus at Massachusetts Institute of Technology.
Posted by Geoff on May 04, 2017 No comments: