Donald Trump is seeking quick ways of withdrawing from a global agreement to limit climate change, a source on his transition team said, defying widening international backing for the plan to cut greenhouse gas emissions. 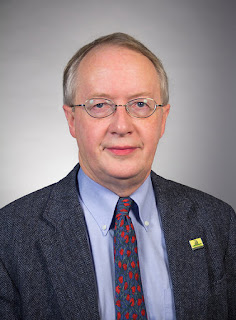 Since Trump was elected, Australia signed the Paris agreement (without the support of the Australian public.) And the Reuters two above say that China has signed. Big Deal! China's agreement was to keep increasing emissions of CO2 until 2030.

To show that Trump is serious in his quest, he has chosen Myron Ebell to head the EPA.

From the CEI site, here is part of Myron's bio:

Myron Ebell is director of the Center for Energy and Environment at the Competitive Enterprise Institute and chairs the Cooler Heads Coalition, which comprises over two dozen non-profit groups in this country and abroad that question global warming alarmism and oppose energy rationing policies.

Ebell holds a B.A. from Colorado College and an M.S. from the London School of Economics. He also did graduate work at the University of California at San Diego and at Peterhouse, Cambridge University.