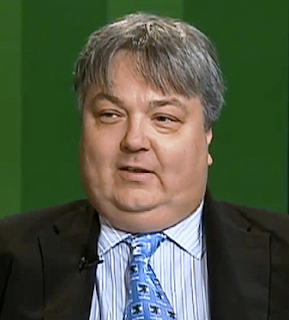 David Russell Legates is a Professor of Geography at the University of Delaware. He is the former Director of the Center for Climatic Research at the same university, and a former Delaware State Climatologist. (Source)


Professor David Legates has many published papers and well as opinion pieces.

In an opinion piece this week, David wrote


For almost thirty years, I have taught climate science at three different universities. What I have observed is that students are increasingly being fed climate change advocacy as a surrogate for becoming climate science literate. This makes them easy targets for the climate alarmism that pervades America today.

Earth’s climate probably is the most complicated non-living system one can study because it naturally is an integration of chemistry, physics, biology, geology, hydrology, oceanography, and cryology and also includes human behavior by responding to and affecting human activities. Current concerns over climate change have further pushed climate science to the forefront of scientific inquiry.

This blog has long lamented the fact that school students are abused by being taught climate propaganda and not the truth about climate science. The irony is, a student leaving school last year or this year would not have experienced any global warming.

This past spring, the University of Delaware sponsored an Environmental Film Festival featuring six films. Among them only An Inconvenient Truth touched at all on the subject of climate science, albeit in such a highly flawed way that in Britain, students must be warned about its bias. The other films were activist-oriented and included movies that are admittedly science fiction or focused on “climate change solutions.”

For these films, faculty members were selected to moderate discussions. Scientifically based faculty could have been chosen from the university’s College of Earth, Ocean and the Environment. Instead, the discussion of An Inconvenient Truth was led by a professor of philosophy and one movie—a documentary on climate change solutions that argues solutions are pertinent irrespective of the science—was moderated by a civil engineer.