The shrill keep speaking of carbon pollution. This is a double lie.

The late Bob Carter wrote in his book; "Taxing Air:"

Why all this talk about carbon instead of carbon dioxide?

Because it evokes the image of dirty smokestacks, long a thing of the past in Australia.
Since the 1970s, green lobby groups have come to realise the power that resides in defining the language used in environmental debates — generally by substituting deliberately emotionally-charged words for factually accurate ones.

To further compound the lie, the shrill tack "pollution" onto carbon. Again from "Taxing Air:"

This blog has repeatedly published studies that show how CO2, rather than being a pollutant,  is increasing the biomass; eg here, here, here and here

The Australian has a piece by John Ross headed:

Climate models have been turned upside down by a research finding that US forests sucked CO2 from the atmosphere ­despite being in the grip of one of the nation’s worst droughts.

New modelling of carbon take-up during 2012 has con­cluded that the country’s flora absorbed more carbon than it emitted, at a time when the most severe drought since the 1930s, a notorious dry spell known as the Dust Bowl period, was enveloping most of the US mainland.

The finding questions conventional wisdom that drought turns terrestrial flora from a sink into a carbon source, as expiring plants release trapped CO2 into the atmosphere.

Carbon uptake by terrestrial ecosystems mitigates the impact of anthropogenic fossil fuel emissions on atmospheric CO2 concentrations, but the strength of this carbon sink is highly sensitive to large-scale extreme climate events. In 2012, the United States experienced the most severe drought since the Dust Bowl period, along with the warmest spring on record. Here, we quantify the impact of this climate anomaly on the carbon cycle.

Greening of the Earth and its drivers

Of this paper, Rick Moran writing for American Thinker says:

If all the extra leaves growing because of increased CO2 in the atmosphere were laid end to end, it would cover a space twice the size of the continental U.S. That's the conclusion of a new study conducted by 32 scientists and 24 institutions.

About 85% of Earth's ice-free land is covered by plants, and each year photosynthesis soaks up about one quarter of the nearly 10 billion tonnes of carbon emitted by humans.

Dr Canadell said the greening has surprised scientists who expected to see more browning, given the increase in droughts associated with global warming.

While the researchers found between 25 to 50 per cent of all vegetated areas of the land have become greener, only 4 per cent have become browner. (link)

Another  of the 32 scientists commented:


“We were able to tie the greening largely to the fertilizing effect of rising atmospheric CO2 concentration by tasking several computer models to mimic plant growth observed in the satellite data,” says co-author Prof. Ranga Myneni of the Department of Earth and Environment at Boston University, USA.

AND still the shrill, without a single peer-reviewed paper to prop up their crumbling hypothesis, still refer to invisible, vital-to-life carbon dioxide as carbon pollution.

The following is an extract from a post on HuffPost Green by Amy Porterfield Levy: 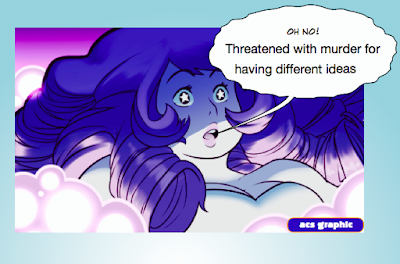 I cringe at how naïve I was when I first got into this, all wide-eyed and excited to save the planet (I cringe at that phrase now too.) Then, I got called a climate change denier because I suggested nuclear power should be in the clean energy mix since it’s, you know, CLEAN ENERGY. I felt like a big dumbass, holding out my hand with all the nice little stats about nuclear safety and radiation and my hooray-for-baseload-power excitement. I thought, “Oh, if people weren’t so scared of nuclear power, then we could stop burning coal and everyone could have air-conditioning as good as mine and not die from spoiled food. This is awesome!” Not so fast. Not only was I a denier but I was a… right-winger?
So, I cried and cried and couldn’t figure it out. At first, I thought people assumed I was a shill for the big, powerful Nuclear Industry Lobby until I realized that the nuclear industry is a sad, fat dinosaur with one leg dragging behind it, crying for everyone to wait up. (I think their lobby is just a few old guys in golf sweaters, handing out pamphlets.) It started to make sense though when I saw an interview with an activist I really like and admire, Naomi Klein. When asked about nuclear power, she rejects it and says:

“I understand why people looking at the current power configurations as they are, believe that we need these centralized solutions that are less threatening to our elites.”

Part of an article on Huff Post Green by Amy Porterfield Levy.

Amy says that anyone who diverges from the Green orthodoxy is sc reamed down with the "denier" tag. On Naomi Klein, Amy writes: