BY TOM HARRIS AND TERRY DUNLEAVY 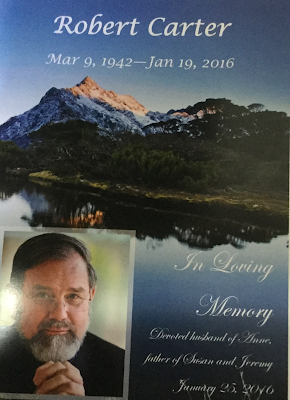 Australians and New Zealanders are known as no-nonsense straight shooters, people who come to your aid without complaint in times of distress. On September 3, 1939, in response to Hitler’s invasion of Poland, Australia and New Zealand were among the first countries to enter World War II. The countries’ soldiers have had an enviable reputation as first-class fighters since at least 1915. In World War I and; II, Korea, Vietnam, and Iraq, elite Anzac troops distinguished themselves as valued comrades in arms in the defense of freedom.

So it is perhaps not surprising that no one has made a greater contribution to the worldwide fight against climate extremism than Australasian scientist Professor Robert (Bob) M. Carter, who passed away on Tuesday at the age of (almost) 74.

Born in England, Dr. Carter was raised in New Zealand. He gained his first degree at Otago University, received a Ph.D. from Cambridge University, and became an Honorary Fellow of the Royal Society of New Zealand before his final tenure at James Cook University in Townsville, Australia. Although other climate realists may be better known in their home countries, none have had Carter’s international impact.

Carter was everywhere. He acted as an expert witness on climate change before the U.S. Senate Committee of Environment & Public Works, the Australian and New Zealand parliamentary Select Committees into emissions trading, and in a meeting in parliament house, Stockholm. Carter was the primary science witness in the UK High Court case of Dimmock v. H.M.'s Secretary of State for Education, the 2007 judgment which identified nine major scientific errors in Al Gore's film An Inconvenient Truth.

Professor Carter helping educate young protesters outside the 4th International Conference on Climate Change in Chicago, in May 2010.

He was a regular presenter at The Heartland Institute’s ten International Climate Change Conferences (ICCC), and he even toured Canada to speak, at no charge, at Canadian universities. Carter was honored with a Lifetime Achievement Award at the 10th ICCC in Washington, D.C. last June.

Bob never failed to answer the call to defend climate science, getting on planes to make the long flight from Australia to the U.S., to Paris, and to other lands without complaints or excuses.

Besides his own advanced science research (including over 100 published papers) and regular media appearances across the world, Carter was a lead author of reports of the Nongovernmental International Panel on Climate Change that cite thousands of peer-reviewed papers in the world’s leading science journals that counter climate alarmism.
He was the author of Climate: The Counter Consensus (2010), Taxing Air: Facts and Fallacies about Climate Change (2013), and coauthor of several more books. His understandable, down-to-earth speaking style, uncommon among accomplished researchers, attracted readers and followers in droves.

Carter was a regular participant in climate realist films such as Climate Hustle, which premiered last month with the Committee for a Constructive Tomorrow (CFACT) in Paris. He acted as an advisor to many climate realist groups: he was a founding member of the New Zealand Climate Science Coalition; an emeritus fellow and science policy advisor at Australia’s Institute of Public Affairs; a science advisor at CFACT as well as the Washington D.C.-based Science and Public Policy Institute; the chief science advisor for the International Climate Science Coalition; and a science advisor to Heartland.
Unlike many in the climate debate, Carter never lost his humility or resorted to the sort of attacks we see every day in the climate fight. Professor Chris de Freitas of the School of Environment at the University of Auckland comments:

Bob Carter was a scholar of the highest order and a committed, indefatigable defender of honest science reporting in the climate change debate. He was a true gentleman who never descended to ad hominem attacks on those who disagreed with him.

Professor Carter presenting at the 3rd International Conference on Climate Change in Washington, D.C. in 2009.
The next U.S. president must follow Carter’s advice if America is to avoid dangerous and useless climate change policies that cause skyrocketing energy prices and massive unemployment. In his first book, Carter summed up the situation well:

To say that human-caused global warming is proven to be a dangerous problem is untrue, and to introduce futile policies aimed at “stopping climate change” is both vainglorious and hugely expensive. Nonetheless, and despite the failure of the hypothesis of dangerous human-caused global warming, all studies of ancient climate indicate that a very real climate problem does exist. It is the risk associated with natural climatic phenomena, including short-term events such as floods and cyclones, intermediate scale events such as drought, and longer term warming and cooling trends.

We all loved Bob; we’re all going to miss him. What a hero! What a friend! Just the kind of guy you want in the foxhole next to you!

We will remember him. He was our clearest voice of truth.

Rest in peace, Bob Carter. You are indeed a hero for the ages.

The funeral service for Professor Carter was held today. in Townsville.

It was well attended by his peers and the many people who loved him. Among the mourners, Bob's wife Anne and their children; the scientific fraternity was well represented, including (but not all) Professor Ian Plimer, Prof Peter Ridd, Dr Jennifer Marohasy, Professor Stewart Franks. And from Melbourne, the executive director if the Institute of Public Affairs - John Roskam.

As an aside, John Roskam said (paraphrasing) Bob had claimed that if he had 10 minutes with Malcolm Turnbull, he could convince him of the AGW hoax. This blogger believes that Turnbull is so financially and ideologically dedicated with the falsified AGW hypothesis, his ears would have been block - even to Bob Carter