has written a letter to Minister for the Environment and Energy in the Turnbull Ministry, Joshua Anthony "Josh" Frydenberg. 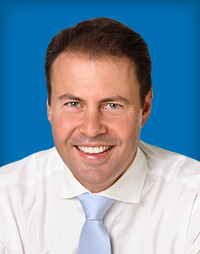 Congratulations on your appointment as Minister for the Environment and Energy.

On an ABC Lateline Broadcast on 27/07/2016 Emma Alberici interviewed you in what I understand was your first interview since being appointed. She asked you how you believe Australia can, and will keep global temperatures under control.

Some of your comments reportedly were:

a. “We are moving away from coal and that is not a bad thing.”
b. “I accept the science of climate change and recognise that Australia needs to do its part as the globe tackles climate change and emissions reduction.”
c. … “(I) absolutely accept that man is contributing to climate change…”
d. … “if you look at the 12 most emission-intensive power generation facilities in Australia, eight of those have closed over the last five years, all of which were coal. And of course with the Renewable Energy Target, which will see 23.5 per cent of our electricity generation by 2020 coming from renewable sources, you will see renewable energy take the place of coal as an important energy source.”

It is clear from your comments that you believe, Canute-like, you are able to control Global Temperatures and that this will involve reducing Australia’s dependence on coal for energy
production and a reversion to some form of Renewable Energy. I find it incredible that, like the Greens, you are gleeful that eight thermal power stations have closed in Australia in recent years.

I have some questions:

1. In believing that you are able to control Global Temperatures, have you studied historical climate changes before there were humans?

1.1. Do you know that Global Temperatures have historically been 8 to 10 degrees higher than they are now and life flourished?

How can you believe that it is humans that are responsible for any future Global Temperature?

There is of course no such evidence. This means you are advocating “evidence free” policy. What right do you have to make policy without supporting evidence? It has been said that, Climate Change caused by humans is a hoax led by the United Nations so that it can end democracy and impose authoritarian rule. Is this your intent also?

3. If you do not have any empirical scientific evidence that increasing levels of CO2 in the atmosphere will affect Global Temperatures, you or your advisers must be relying on advice you have been given derived from computerised climate models. Are you aware that climate models have been notoriously unreliable? Are you aware that there were no forecasts 20 years ago of the current 18-year hiatus in warming? Why do you think that any other forecasts are any more reliable?

I’m sure you are aware of the results of the South Australian Government’s disastrous experiment in trying to rely on Renewable Energy and its effect on power costs.

In view of these failures, and in view of the lack of evidence supporting a causal relationship between CO2 emissions and Global Temperatures, why do you see a need for supporting an expensive Renewable Energy Program in Australia?

5. Minister, you have only been responsible for your new portfolio for a short time but you give every sign of not having come to grips with the basics of your portfolio. Perhaps you have been listening to Mr Greg Hunt who has closed his mind to accepting real scientific evidence, relying instead when presented with irrefutable scientific evidence, on inane comments such as “You are entitled to your opinion”. The science of Climate Change is not defined by opinion, it is defined by science.

So why is Australia trying to counter Climate Change by investing a billion dollars of taxpayer dollars in Renewable Energy Policies that, for the last 15 years, two of the largest economies in the world, the USA and Germany, have failed to develop commercially? Why?

I respectfully suggest you take some time out and catch up with the real science of Climate Change and with the status of Renewable Energy projects world-wide, and then rethink your policy on Renewable Energy.

If you consider any information I have given to you is incorrect, please tell me. I would be pleased to elaborate.

2. Oil prices never reached the $150/Barrel and are predicted to remain between $40 and $60 for the next decade.

3. Global Emissions trading markets are either closed or have collapsed.

5. In the USA alone, eight of the largest subsidised renewables companies had filed for bankruptcy by 2015 and a further eight were in default. Total cost to US taxpayers, $22.7bn.

6. The binding Kyoto Protocol expired in December 2012 and has not been replaced.

7. The EU’s investment in renewables has dropped by 82.5% since 2011 and, according to Bloomberg analysis, is heading for zero in the not too distant future.

8. The wind industry in the USA, the largest in the world, is predicted to lose 70 to 90 percent of its orders. Investors predict its total demise.

12. On March 31st 2016 The Chinese National Energy Administration announced that China is not building any new wind turbines. The government stopped approving new wind power projects in six provinces whilst the administration downgraded Gansu to a pilot province.

13. In the USA Tesla, the electric car and “Power Wall” solar backup company, has declared global losses of $880m. They have also withdrawn their 10kw Power Wall from the market. US subsidies to Tesla are $4.2bn.

14. In the UK, SunEdison, the world’s largest green energy company, reportedly will file for bankruptcy protection, despite getting $650m in government subsidies and millions from U.S. taxpayers. Their market valuation is down 95% from $10bn to $400m with its stock now trading at less than $1. In the USA SunEdison alone have losses of $12 billion from investments in solar and wind farms.

16. In the USA the very same Abengoa, a consortium member of the ill-fated solar power station in California has now filed for Chapter 15 Protection, with its debt currently at $16.5bn.

17. German manufacturing companies like chemicals maker BASF, carbon fibre producer SGL Carbon are now in Freeport Texas; BMW and VW have shifted new car plants to Washington. Turbine manufacture Siemens also moved their global headquarters to Houston Texas and their turbine manufacturing to Charlotte, North Carolina. Because US energy costs are a fraction of Germany’s, 32,000 German jobs have been lost.

19. Because of this, Germany is now constructing 12 new coal fired power stations, 9 to burn lignite. Germany now imports 84% of its hard coal. Since July 2015, Australian, US and South American coal imports to Europe are up 25%. Don’t “Lock The Gates” on our coal production.

20. It had been acknowledged that Europe cannot decarbonise its economy at a low cost. Some 850 bn Euros (U$D 1.0 Trillion) has been spent on decarbonisation in Europe since 2008 alone. None has gone back to tax payers. All taxpayers get is increased taxes, higher energy bills, lost jobs through de-industrialization, economic austerity and national debt.