Posted by Geoff on May 26, 2016
Following on from our previous post: The Red Hunt Planned an October Carbon Tax 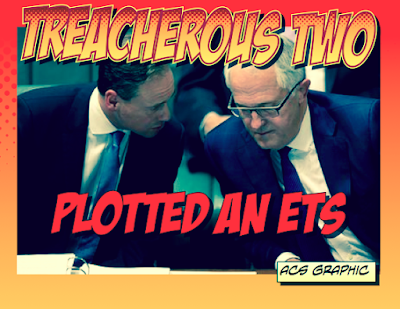 A few weeks after PM Turnbull made that promise,  Jo Nova warned of a forthcoming breach of
promise: (link)


I did warn that the Turnbull agreement  with the Nationals to keep Tony Abbott’s climate policies means almost nothing. It’s easy for him to keep the “target” and shift towards an Emissions Trading scheme (ETS) and he and Greg Hunt are suggesting that already.

And indeed, Turnbull and Minister Greg Hunt have achieved that already. (link)


Here is the legislation.

Although there are many mentions of emissions, carbon dioxide does not get much of a mention - but here:


The emissions intensity is expressed in t CO2‑e per unit of the production variable.

Climate: 'Safeguard' looks like 'ETS' by any other name

Environment Minister Greg Hunt has secreted the structure of an emissions trading scheme into the Turnbull government's Emissions Reduction Fund under the guise of a "safeguard mechanism".

The mechanism comes into force the day before the July 2 election but will not bite until 2020, when generous greenhouse gas emissions limits on 140 large industrial plants are due to be replaced by tough benchmarks.

The innocuous sounding device could evolve into a carbon pricing scheme broadly like those that brought down Labor prime ministers Kevin Rudd and Julia Gillard, as well as the Liberal leadership of Prime Minister Malcolm Turnbull in 2009.

"The safeguard mechanism could provide a base on which a broader baseline and credit system could be built," Australian Industry Group chief executive Innes Willox said.

It must be noted that Greg Hunt has said: (link)


New safeguard measures to boost the Coalition’s Direct Action plan on climate change are not an emissions trading scheme or carbon tax by stealth.

Our policy is not budgeted to raise a single dollar of revenu­e.

That is if you disregard fines.


When the Coalition’s safeguards mechanism takes effect from July 1, 150 companies, representing about 50 per cent of Australia’s total carbon emissions, would be capped at their highest level of emissions between 2009-10 and 2013-14.

Companies that fail to meet the cap will either be able to buy Australian carbon credit units created through the Direct Action policies or use an averaging of company emissions over a three-year ­period.

The maximum fine for failing to meet emissions caps will be $1.8 million. 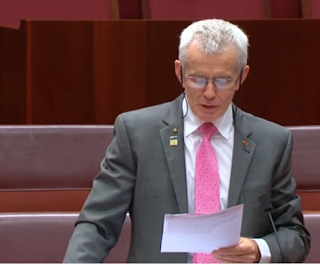