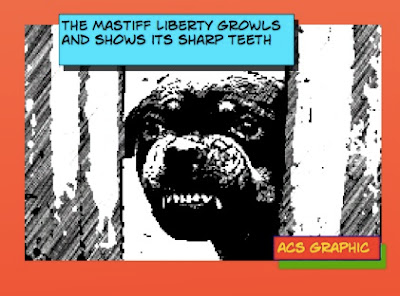 A White Paper drawn up by the Société de Calcul Mathématique SA, a society of French mathematicians, is headed


"The battle against global warming: an absurd, costly and pointless crusade." (LINK)

All public policies, in France, Europe and throughout the world, find their origin and inspiration in the battle against global warming. The initial credo is simple: temperatures at the surface of the planet have been rising constantly for the past thirty years, and human beings are to blame.

This is leading to all sorts of discussions, conferences and regulations, which are having an enormous impact on our economy. Every area of activity is affected: transport, housing, energy – to name just a few. Why do we need to save energy? It is quite simple: we have to reduce human impact on the planet. This is the fundamental credo.

It has become a crusade against Carbon dioxide (erroneously called carbon by the shrill) based in IPCC reports and, as the white paper says:

taken up by the European Commission and the Member States. France, which likes to see itself as the 'good boy of Europe‘, adds an extra layer of virtue to every crusade.

But mathematicians do not believe in crusades; they look at facts, figures, observations and arguments.

Indeed so should scientists. So should journalists.

The mathematicians says that


The crusade is absurd

There is not a single fact, figure or observation that leads us to conclude that the world‘s climate is in any way 'disturbed'. It is variable, as it has always been, but rather less so now than during certain periods or geological eras.

The Society points out that, if the reports of the IPCC were "submitted for publication in a reputable scientific journal,"..."no sensible, high-quality journal would publish the IPCC‘s work."

In a democracy, there is an opposition, and this opposition has a right, in principle, to express its views: this is what distinguishes democracy from dictatorship. But when it comes to the questions about global warming that we are talking about here, the opposition – people who do not believe in global warming – have been told to shut up: no public debate, no contradictory discourse, no articles in scientific journals. They have simply been told that the case is proven and it is time to take action.

In law, there is a fundamental principle known as the 'adversarial principle'. A case can be thrown out of court if the defense is not informed of every known element of the accusation. Even if twenty people have witnessed the abominable criminal commit his offense, if the defense has not had access to blood-sample analyses, the case will be thrown out. In the case of global warming, a number of bodies are telling us they have all the evidence, but refuse to tell us what it is. The data have been processed, but how? Time series have been altered, but why? Some phenomena have been left out of the equation, but on what grounds? We do not know, and we are simply required to keep quiet and do what we are told. No second opinion is permitted.

It is on the debris of the fundamental principles of the law and of democracy that this White Paper has been written.

See The translation of this white paper HERE (pdf).