The Shrill keep talking about "Carbon Pollution." And when they say "carbon" they are actually referring to carbon dioxide (CO2). There is not even one paper that shows that carbon dioxide, man-made or otherwise, is causing runaway warming. No evidence that Carbon Dioxide is pollution.

The delegates to COP21 should wake up and smell the roses that are fed by vital to life CO2.

London 12 October: In an important new report published today by the Global Warming Policy Foundation, former IPCC delegate Dr Indur Goklany calls for a reassessment of carbon dioxide, which he says has many benefits for the natural world and for humankind. (GWPF - link)

Indur Goklany has done a careful job, collecting and documenting the evidence that carbon dioxide in the atmosphere does far more good than harm. To any unprejudiced person reading this account, the facts should be obvious: that the non-climatic effects of carbon dioxide as a sustainer of wildlife and crop plants are enormously beneficial, that the possibly harmful climatic effects of carbon dioxide have been greatly exaggerated, and that the benefits clearly outweigh the possible damage. I consider myself an unprejudiced person and to me these facts are obvious.

But the same facts are not obvious to the majority of scientists and politicians who consider carbon dioxide to be evil and dangerous. The people who are supposed to be experts and who claim to understand the science are precisely the people who are blind to the evidence. Those of my scientific colleagues who believe the prevailing dogma about carbon dioxide will not find Goklany’s evidence convincing.

I hope that a few of them will make the effort to examine the evidence in detail and see how it contradicts the prevailing dogma, but I know that the majority will remain blind. That is to me the central mystery of climate science. It is not a scientific mystery but a human mystery. How does it happen that a whole generation of scientific experts is blind to obvious facts? In this foreword I offer a tentative solution of the mystery......

One Extract from Dr Goklany's Paper:

That carbon dioxide is plant food has been known since the publication in 1804 of Nicolas-Théodore de Saussure’s Recherches Chimiques sur la Végétation. Thousands of experiments since then have shown that the majority of plants grow faster and larger, both above and below ground, if they are exposed to higher carbon dioxide concentrations. The owners of commercial greenhouses routinely pump in carbon dioxide so as to enhance the growth rates of plants, and the optimal level for plant growth is considered to be between 700 and 900 parts per million (ppm), roughly twice today’s ambient concentration of 400 ppm.


And yet "carbon Pollution" will be bandied around COP21 by delegates - misinformed delegates.

And as Dr Goklany points out:


“Unlike the claims of future global warming disasters these benefits are firmly established and are being felt now. Yet despite this the media overlook the good news and the public remain in the dark. My report should begin to restore a little balance.” 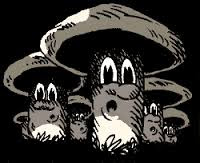 
Yet despite this the media overlook the good news and the public remain in the dark.

Australia's COP21 Delegation must NOT give away Australia's sovereignty. 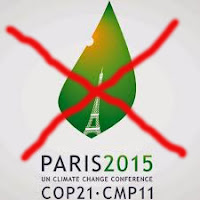 The book concentrated on exposing the deception underpinning the reports of the Intergovernmental Panel on Climate Change (IPCC) with regard to its claim that only the most expert, peer reviewed science underpins those reports. Donna cited numerous examples which showed that quite a few lead authors of IPCC reports were youthful graduate students, still working on their doctorates, while many others had strong links to environmental activist groups such as The World Wildlife Fund and Greenpeace.

Another timely reminder of the flaws in the IPCC's science comes from Tony Thomas on Quadrant Online with a piece headed:


The IPCC’s Legion of Hacks and Dunces

As climateers turn their gaze toward Paris, what the warmist media won't be reporting is just how poorly qualified and error-prone many of them are. That's no mere sceptic's complaint, by the way, but the honest verdict of their fellow scientists.  The basis for the Paris climate talks in December is “the science” produced by the Intergovernmental Panel on Climate Change (IPCC). The science must be good because it’s coming from the world’s top climate-type scientists,[1]  or so the story goes.

Well, the story is guff.

The IPCC scientists aren’t the best available, far from it. They’re a motley crew assembled via a typical United Nations boondoggle that stacks the scientific ranks with heavy quotas for Third Worlders, along with special consideration for females.

The IPCC rules explain that the IPCC hierarchy “shall reflect balanced geographical representation with due consideration for scientific and technical requirements.” (My emphasis).

The senior scientists draft the all-important Summaries for Policymakers (SPMs), as distinct from their thousands of back-up pages of science studies. Then politicians and bureaucrats, not the scientists, sculpt the wording on the final drafts, including the Synthesis Report.


.....government delegates of the UN member states, in secret sessions,[8] go over the scientists’ draft Summaries for Policymakers line by line and word by word. A reasonable analogy would be a cloud of seagulls descending on the scientists’ packet of chips.   The cleansing, massaging and deleting continues   until every bureaucrat, diplomat  and politician is in agreement about things like the required apocalyptic tone.


The best example of  Summaries’ propaganda   is that, while their 2013 forecasting of CO2 doom is climate-model based, no Summary includes the all-important admission from Working Group 1’s body text: that 111 of 114 model runs had over-forecasted actual temperature rises from 1998-2012.


For Australia's sake, contact your local MP and beseech them not to let our COP21 Delegates waste money on the Green Climate Fund based on shonky science;  and definitely not to sign away Australia's sovereignty on World Government.
Posted by Geoff on October 12, 2015 1 comment: