Some climate change skeptics dispute the so-called ‘greenhouse effect’, which keeps the surface temperature of the Earth approximately 33 degrees C warmer than it would be if there were no greenhouse gases in the atmosphere. In other words, without the greenhouse effect, the Earth would be largely uninhabitable.


Greenhouse effect has been falsified. This is disingenuous. The word greenhouse is misleading and was not used until the 1980s. Greenhouses warm by stopping convection not by trapping infra-red radiation (IR) by glass , the greenhouse effect is a radiative based effect as Roy Spencer notes. Like all great lies alarmism has a scintilla of truth in it. That truth is CO2 has radiative properties under Earth conditions. Those properties are constrained by the Beers Law, log effect (see item 30) and dominated by the radiative properties of water, in all its forms (see item 35).

There have been numerous explanations as to why alarmism and the greenhouse effect is possibly wrong: Wood, Nasif Nahle, Casey, Rancourt, Chilingar et al, Jinan Cao and David Evans, Kramm and Dlugi, Gerlich and Tscheuschner, Claes Johnson, Science of Doom, Joseph Postma and the Dragon Slayers, who discuss the greenhouse here.

Most sceptics disagree with the Slayers on certain key points. But obviously the process by which Earth retains heat and how Earth temperature is reached and maintained is NOT settled science as the alarmists assert. AGW supposedly works by backradiation whereby extra CO2 traps IR and isotropically sends 50% of the trapped IR back to Earth.

This is seriously problematic given the measurement problems of backradiation (see here. See also page 176, section 7.42 onwards Guide to Meteorological Instruments and Methods of Observations), that backradiated IR cannot heat the oceans, Leckner/Hottel show CO2 cannot emit after about 200PPM which means levels above 200PPM cannot trap IR under current atmospheric concentrations (see Nahle’s article on Hottel and the following comments!) and basically Arrhenius mistook CO2 for water in his experiments plus many other fundamental mistakes.

Arrhenius’ experiments are the basis for the alarmist greenhouse concept and they are wrong. The fact is alarmism has some great slogans and terms, greenhouse is one of them. But that’s all it is, a slogan, just like alarmism generally.

In his Book  "The Global Warming Scam and the Climate Change Superscam" Dr Vincent Gray wrote:

The replacement of the accumulated discoveries of meteorology described in Chapter 1 by global climate models based on atmospheric concentrations of carbon dioxide was motivated by an environmentalist delusion that human activity was exclusively responsible for the climate.

The presumed pioneers, Fourier and Pouillet, were only concerned with water vapour. Tyndall showed that water vapour was far more important than carbon dioxide. Yet the wrong greenhouse gas has been chosen, purely because its concentration can be blamed on human activity.

UNSkeptical UNScience in their list of supposed climate change myths, have at #81 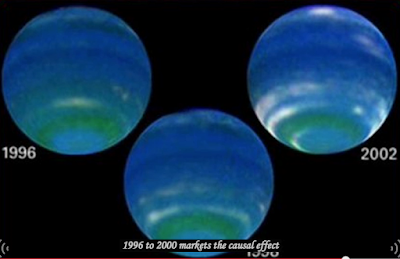