The history of the greenhouse effect is given in Chapter 5 of my book at
http://globalwarmingscamandccsuperscam.blogspot.co.nz/ 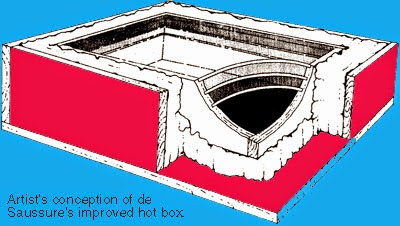 The term arose when Fourier misinterpreted the heating  in de Saussure's Hot Box (a miniature greenhouse) as caused by reflection of internal infrared rays by the glass top.

He believed that the earth was heated by the ether but not by the sun. He thought all the heat from the sun was immediately lost by infra red.

He needed some extra heat, just for the tropics, and he speculated that water vapour might behave in a similar way to the hotbox glass cover

These views were adopted by Tyndall who measured resistance to passage of infra red radiation through a large number of gases, including carbon dioxide, and found that the absorption was small, but when he tested water vapour the effect was so large that the apparatus could not measure it.

He therefore concluded that Fourier’s idea that water vapour heated  the earth was plausible.

Both of them regarded radiation as a form of Heat which required a medium for its transfer. The ether was needed to permit its passage through space of radiant heat.

It was accepted that heat could only pass from a hot object to a cold object. This principle was the Second Law of Thermodynamics which also applied to complete systems. Its application to heat transfer was eventually explained as a passage of the mechanical energy which exists as random movement of atoms and molecules of all substances. The level of this movement is the temperature of the substance.

It eventually became evident that Heat of radiation is fundamentally different from the heat stored by ordinary objects. Maxwell, in 1873, postulated that all radiation, over a wide spectrum, is a wave motion consisting of alternate oscillating electrical and magnetic fields.

The energy E of radiation is obtained by the Stefan/ Bolzmann equation:-
E = CxT4

The published derivations of the Stefan/Boltzmann law treat the emitting substance as a black body. This  does not imply that the equation appiies only to solids. Liquids and gases also consist of molecules in motion and they a;so emit radiation/ In addition real substances are not ideal black bodies, so the equation needs an additional emissivity factor. Planck derived an equation which provided the spectral distribution, after allowing for the quantum effects.

Radiation energy is converted to heat if it is absorbed by any suitable object. The temperature of that object is quite irrelevant. The speculation by some that radiation cannot be absorbed by an object whose temperature is less than that of the radiant emitter requires the absurd assumption that radiatio, is capable of detecting the temperature of distant objects before deciding whether they are fit to receive absorption. Such an assumption restores the need for a belief in the existence of an ether.

It is unfortunate that several dictionary definitions, physics textbooks and even school and university courses in physics fail to  make the distinction between heat that is transferred by mechanical action and radiant energy which only becomes heat when it is absorbed by a suitable body. This  confusion is mainly due to the time it has taken for the earlier concept of radiation as a form of heat which passess through the ether as a medium, to radiation which does not need a medium and has different properties from ordinary.

Arrhenius, in 1897, no longer  believed in an ether but he foolishly ignored the advice of Fourier and Tyndall by using Langley’s primitive measurements of atmospheric absorption to assume that they related to atmospheric carbon dioxide. He failed to realise that Langley’s figures at that time did not include the main absorption bands of carbon dioxide, so Arrhenius’ calculations were for water vapour.

So the greenhouse effect does exist.

Greenhouse gases, predominantly water vapour, do absorb infra red radiation from the earth, radiate the additional energy in all directions, including downwards and  so warm the earth. This effect must be very small as it has not been detected, despite the enormous effort that has been applied to try and find it.