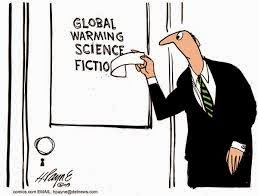 As the flawed "science" of the alarmists gets exposed and the public become more aware of the AGW hoax, they lose interest and concern about man-made climate change. Although the AGW hypothesis has been falsified multiple times, some of the alarmists are becoming more shrill.

These "Shrills" used many ad hominem attacks and some erroneous terms to describe the realist side of the debate. Two of the most erroneous of these are Shill and Denier.

Shill is defined by Wikipedia:

The Urban Dictionary defines Shill as:


A person engaged in covert advertising. The shill attempts to spread buzz by personally endorsing the product in public forums with the pretense of sincerity, when in fact he is being paid for his services.


I have been called a "shill" many times. Those who call me, and other sceptics, this are deluded liars.

I cannot be a "shill" because

Actually the boot is on the other foot.  Alarmist Organisations received much more funding to push their flawed science. (see Jo Nova diagram above)

Moving on to what is at the same time, the most comical but also the most offensive term the shrill use to describe realists/sceptics:


Most comical
The term came into use when the global warming realist movement doubted the "science" behind the catastrophic anthropogenic global warming (CAGW) hypothesis. We became Man made global warming deniers. Actually, most of us recognised that man was contributing to warming (eg UHIE) but doubted the significance of man's contribution. So, at that stage we did NOT completely deny AGW.
However, whether due to laziness or deliberate contribution to confusion, the alarmists then abbreviated the term to Global Warming Deniers. This then became risible, because, I doubt that the shrill could find many, if not any, in our realist numbers who did not admit that the planet had warmed since the mid 1700s. As Judith Curry said in her US Senate evidence:

The climate has been warming since the 1700s, since we came out of the Little Ice Age.

However things moved. There has been no significant global warming since 1996. As this became obvious, the shrill again changed the phrase to Climate Change Deniers. This was ridiculously ludicrous. I would challenge the shrills to name one realist who denies Climate Change. Climate has changed since the beginning of time.

As the author Richard North has stated:


“It is deeply pejorative to call someone a ‘climate change denier.’ This is because it is a phrase designedly reminiscent of the idea of ‘Holocaust Denial.’”


It is deliberate and it is grossly offensive - a foul smear acceptable only to the shameless:

THE Liberal Party has accused Julia Gillard of drawing parallels between climate change and the Holocaust after she branded Tony Abbott a “climate change denier”.

The manager of opposition business Christopher Pyne said that after 11 years as chair of the Parliamentary Friendship Group on Israel, he was offended by the form of words - which he likened to the term “Holocaust denier”.

Perhaps some of the younger attendees to the Church of Latter Day Global Warming are not aware of how offensive the referral to the Holocaust is, however the originators of the phrase were well aware of the offense they were creating.

There was general revulsion in the community. However, many of the Climate Scientists are of the Jewish Community. Think of how offensive it is to them.