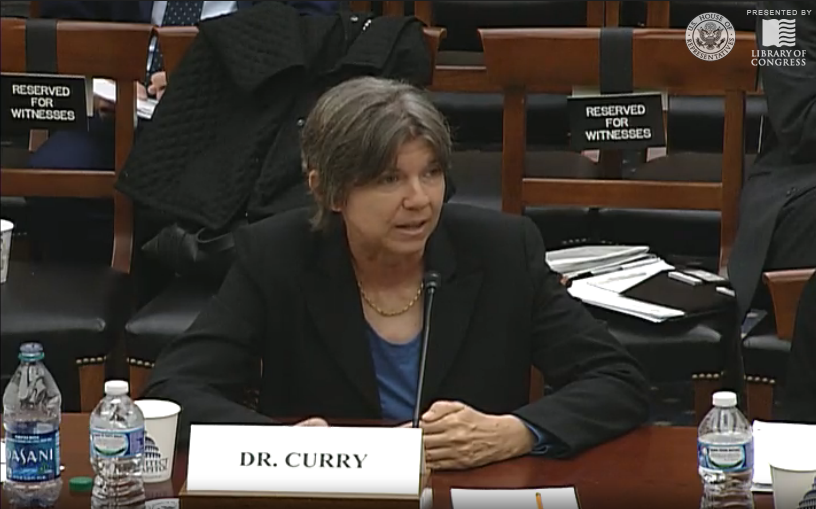 Every time the GWP (Global Warming Plateau) is mentioned, the shrill alarmists try to deny that the plateau exists.


"There certainly has not been a hiatus in global warming — global warming hasn't stopped, even though you still hear those contrarian talking points."

Why, if the plateau didn't exist, would the Shrill need to come up with 66 different excuses to explain the cause of the  temperature plateau?
Now, Climate Depot and Christopher Monckton report the latest data from RSS. (LINK)


'Since December 1996 there has been no global warming at all...A new record length for the Pause: 18 years 5 months.'

'It remains possible that el Nino-like conditions may prevail this year, reducing the length of the Great Pause. However, the discrepancy between prediction and observation continues to widen.'

The hiatus period of 18 years 5 months, or 221 months, is the farthest back one can go in the RSS satellite temperature record and still show a sub-zero trend.
The divergence between the models’ predictions in  2005 (below), - the observed outturn continues to widen. 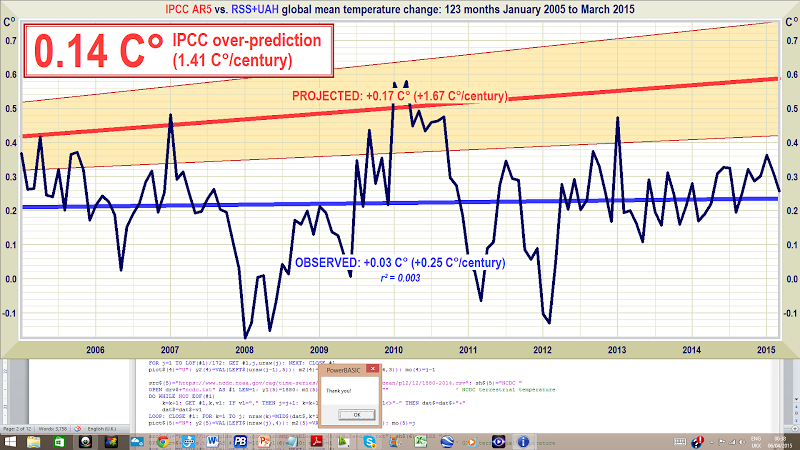 Read More at Climate Depot
Posted by Geoff on May 07, 2015 No comments: