The Vultures of Alarmism

The recent East-Coast storm was a bad one. These storms are not common but neither are they rare. There was one in 2007 which grounded the Pasha Bulker, another in 1974 which grounded the Sygna and the biggest of them all in 1955 which basically drowned the lower Hunter Valley.

This storm featured 135K/h wind gusts and wave heights of 14.9 meters. During the Sygna storm wave heights reached 17 meters and wind gusts up to 165k/h. Rainfall was much heavier during the 1955 storm and there was much greater loss of life and extent of damage.

So there is no trend or discernible evidence for AGW causing worse storms.

That hasn’t stopped the usual suspects from dredging up the usual statements about how this storm is evidence of AGW and the climate getting worse. Matthew England for instance is a typical alarmist advocate with a PhD: 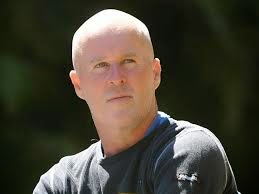 Who wouldn’t believe this distinguished looking chap? England was part of a group of photogenic alarmist scientists who recently posed for concerned photos showing their distraught reactions to the inaction of the Abbott government on AGW. Look how sad poor Matthew looks: 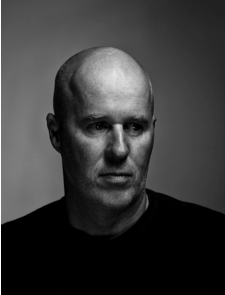 And look at Flannery: 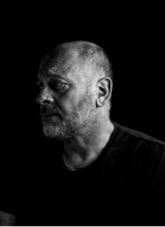 Poor buggers. They do look crook. They’d be full of beans now though with this recent storm to complain about and Flannery has also been upset about Lomborg getting some money to research at AWU which is where Lewandowsky and Cook did such great work on consensus.

But look at Lomborg:

Now there’s a happy chap. He’s getting on with the business of real science. Unlike sad-sack England who like the rest of the alarmists is sprouting rubbish about the storm like this:

Referring to the 2007 east coast low that hit the Newcastle area, and the devastation of the Brisbane floods in 2011 that was repeated last year, Professor England said there was a clear trend in repeat disasters.

“All around the world we’re seeing the return period of storms, heatwaves ... the return periods are shortening and it’s consistent with what we’re seeing with global warming.”Professor England said while the frequency of storms aren’t guaranteed to increase, there were three clear reasons why they’re going to be more intense.

“A warmer climate means more energised storms, the sea level is higher so we’re in a situation where the storm surge tends to be that much more impactful because it’s smashing into the coast with a higher sea level, and with more moisture in the atmosphere there’s more of a chance of higher rainfall events,” he said.

Now this is unmitigated bullshit. The Brisbane floods were exacerbated by alarmist and green policies which meant that Wivenhoe dam, a dam designed to mitigate floods after the 1974 storms which were bigger than the 2011 storm, a dam built as a flood mitigator which meant it had to be empty, was filled to the brim because alarmist propaganda about endless drought had convinced witless policy makers to use Wivenhoe as a drought mitigator. In terms of floods England is contradicted by the BOM’s own records: 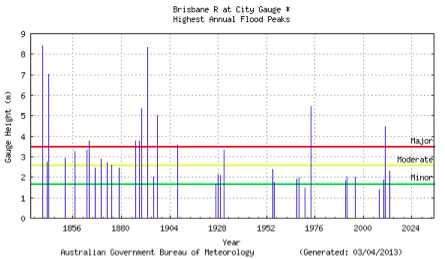 Clearly the floods have not become more intense but less intense and frequent. And droughts have become less frequent as Dr David Stockwell showed.

He said less difference in the temperatures between the poles and the equator caused by global warming "could ­reduce the kind of hot-cold weather fronts that generate severe storms''.

There has been some great work done by independent researchers in Australia on heatwaves such as Jo Nova and Geoff Sherrington, Ken Stewart, Chris Gilham and many others. It’s a pity England didn’t bother to read some of their research or even familiarise himself with the BOM’s data.

But alarmists like England are not about evidence which contradicts the narrative of AGW. He and the rest have invested too much in this lie to give up on it now. This is why they act like vultures whenever a nasty bit of weather comes along. They seem eager to use the opportunity to push their belief irrespective of the facts. In this respect they are like vultures and their influence has not only cost Australia and the world dearly but also impacted on the reputation of science. The sad photos England and the rest of this gang took of themselves (such vanity!) is not a true image of where and what they are. In fact the before and after images of the Sygna best sum up the status and position of AGW and its believers today. The Sygna in 1974:

Like the Sygna, after exposure to reality AGW has shrunk to the pathetic but still costly wreck it is today. England and his crew are still sitting at the helm of this wreck.
Posted by Geoff on April 25, 2015 4 comments:

A Press release from Duke Environment.

DURHAM, N.C. – A new study based on 1,000 years of temperature records suggests global warming is not progressing as fast as it would under the most severe emissions scenarios outlined by the Intergovernmental Panel on Climate Change (IPCC).

“Based on our analysis, a middle-of-the-road warming scenario is more likely, at least for now,” said Patrick T. Brown, a doctoral student in climatology at Duke University’s Nicholas School of the Environment. “But this could change.”

The Duke-led study shows that natural variability in surface temperatures -- caused by interactions between the ocean and atmosphere, and other natural factors -- can account for observed changes in the recent rates of warming from decade to decade.

The researchers say these “climate wiggles” can slow or speed the rate of warming from decade to decade, and accentuate or offset the effects of increases in greenhouse gas concentrations. If not properly explained and accounted for, they may skew the reliability of climate models and lead to over-interpretation of short-term temperature trends.